A tribute written by his partner Emma McClelland 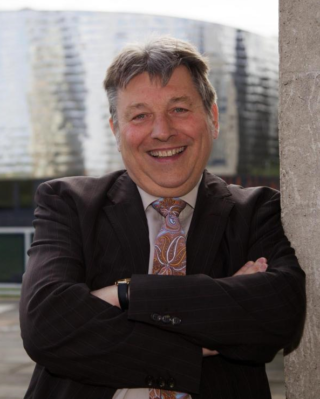 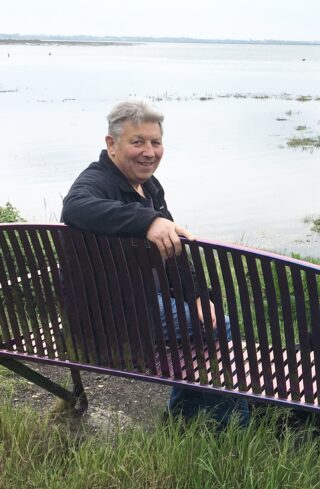 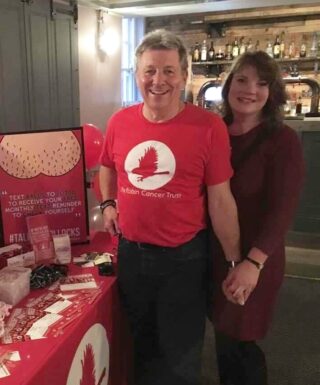 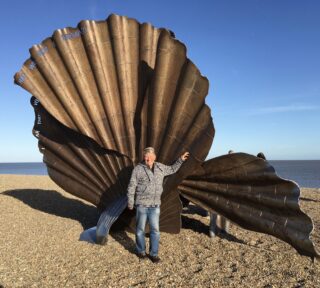 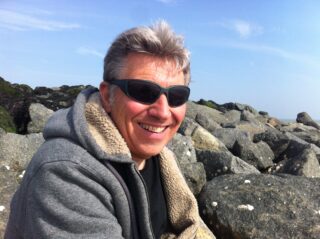 This is the story of Andrew Nightingale’s life, contribution to the University of Essex in his 22 year career there, and contribution to several organisations and charities in the last 30 years.

I got to know him in 1994 when he helped me to establish the Wivenhoe & District Sporting Facilities Trust and Broad Lane Sports Ground as a permanent home for Wivenhoe Town Football Club. This was at a time when the football ground was under threat of being sold. We created a strategy for the future that included adding 4 floodlit tennis courts. We worked with Wivenhoe Youth Football club too, to make Broad Lane Sport Ground a thriving sports facility used by hundreds of people each week.  Andrew had a passion for building things, not necessarily buildings although that was what his career involved and at which he was extremely capable, but also a vision how organisations could work. He was not just good at talking, and laughing, but also working to achieve things.  Andrew was a lovely man, a very good friend and did so much for our various communities.

The following was written by Emma McClelland, who became Andrew’s partner following the loss of his first wife, Liz. Emma nursed Andrew through the last difficult months of Andrew’s life and was of great comfort to him.

Andrew moved to Wivenhoe in 1989 with his late wife Liz and their daughter Laura when he took up the role of Director of Estates at University of Essex.  After a mishap with his accommodation Andrew ended up spending his first night in Wivenhoe in one of the student accommodation tower blocks, quite fitting considering the role he would perform for 22 years until his retirement in 2012.

In an online tribute the Vice-Chancellor, Prof Anthony Forster, said “The University has lost a very dear colleague and friend, who throughout his time at Essex worked tirelessly to ensure that staff and students could thrive in the built and natural environment of our campuses. Andrew had an impressive strategic grasp of how our estate could support our mission, a sharp eye for detail, and an infectious sense of humour. Reflecting the highest regard our community had for Andrew and the impact of his work, he was awarded an Honorary Fellowship in 2014 and it was a pleasure for me to meet him at University events and share his pride in our achievements. We will miss him enormously”

During his time at the University Andrew became Chairman of the Wivenhoe & District Sporting Facilities Trust (W&DSFT) after helping to set it up in 1994, This is the Trust that became the leaseholder of part of Broad Lane Sports Ground that became owned by Colchester Borough Council.  It was a complicated set-up which was often fraught but, despite all of that the Trust was able to secure lottery funding to build four tennis courts and a new toilet block on the premises.

Andrew was National Chairman of AUDE (Association of University Directors of Estates) from 2002-2004 and was co-author of the statutory Approved Code of Practice for the Management of Student Accommodation and become Chairman.

Upon retirement Andrew was keen to give back to the community and be involved in charity work.  He undertook these volunteering roles with the same passion, focus and energy that he had given to the University indeed his leadership skills were hard to hide so he often ended up becoming Chairman!

As a result of links with the University of Essex Andrew also became Chair of the Governing Body of Firstsite from 2012-2017 resulting in him being heavily involved in recruiting Sally Shaw MBE as Director in 2016.

In  2012 Andrew became a trustee at Colchester County High School for Girls as his daughter, Laura, had attended the school.  He was Chair of the Premises Committee from 2012-2014 where he met his partner Emma.  Emma was immediately impressed with Andrew’s professionalism, commitment, patience, generosity and sense of humour.  He took his role extremely seriously but never himself. Emma had been widowed in 2005 and, when Andrew’s wife Liz died in 2013, Emma offered friendship and support to Andrew which later blossomed into love.  Emma moved in with Andrew in 2017 having fallen in love with not only Andrew but the Wivenhoe community.

Andrew chaired the Robin Cancer Trust for 5 years until 2019

Andrew was Chair of Robin Cancer Trust from 2014 to 2019, a local cancer charity that raises awareness of germ cell cancer – CEO Toby Freeman said “Andrew was a constant source of friendship, leadership and mentorship to all of us during his time as Chairman. He helped guide us through our formative years and shaped the charity we are today – bringing his knowledge, candour and humour to everything he did.
He will be greatly missed by everyone at The Robin Cancer Trust and the germ cell cancer community across the UK. Our thoughts are with his family and loved ones during this incredibly difficult time”

Andrew became Chair of UUK ACOP in 2014 a Code of Practice that manages standards of University accommodation across the country.  Andrew even chaired a meeting early this year from home whilst undergoing chemotherapy.  Jan Capper, Chief Executive of College and University Business Officers said “Andrew was hugely respected within CUBO and across the university student accommodation sector. We remember him so positively – as professional, meticulous, patient, determined, kind and humorous, and his legacy will be lasting. His leadership of the UUK/GuildHE Accommodation Code of Practice Governing Board was exemplary, and his commitment to seeing the Code Review through before stopping work was incredibly courageous and selfless.  Andrew is held in very high esteem by our sector and CUBO would like to give Andrew a posthumous honorary membership of our association – to recognise his contribution to our sector. This category of membership is new to CUBO in 2022, and it would be an honour for us to name Andrew among our first honorary members”

Andrew was always proud to be an active part of Wivenhoe’s community and worked on the Fabric Committee of St Mary’s Church from 2014 during which time he was involved in re-roofing, numerous remedial works, a lighting project and, latterly, the Church extension which was completed in 2021.

Andrew had a zest for life, right to the end

Andrew was dedicated to all areas of his life.  He was committed to his family, friends, colleagues and community.  He had a passion for life and lived every day to its fullest, even in the final 7 months of his life when he was undergoing intensive chemotherapy and radiotherapy.  He loved walking, especially along the river at low tide where curlews would graze.  He had a lifelong passion for music, often supporting struggling artists to record their work.  His favourite music venue was Little Rabbit Barn in Ardleigh where he and Emma enjoyed many evenings. Another passion was football,  he supported Arsenal and Colchester Town along with Bishops Stortford and Wivenhoe.  Andrew loved life and was generous with money, time and affection; one of life’s “givers”.  He fought cancer for 5 years; for most of that time many people were unaware of his illness however, this could not be ignored from November 2021.  Andrew was determined to enjoy every day and even went away to Weymouth for 10 days with Emma in May 2022 despite being so ill.

Andrew was incredibly special, one of life’s true gentlemen.  He has left a hole in many lives and will be missed greatly but will always be remembered for his zest for life, his dedication to all he undertook and for his fabulous smile.