David McCaskey's researches the economic profile of lower Wivenhoe in 2013

A statistical profile of lower Wivenhoe in 2013 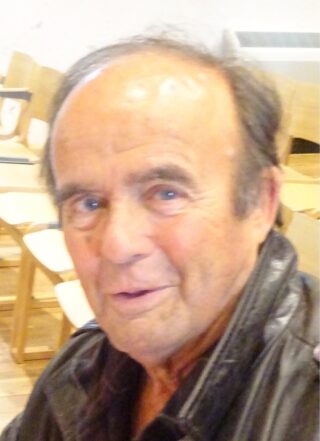 In 2013, David McCaskey conducted this research about lower Wivenhoe as a then shareholder in Wivenhoe’s community pub, the Black Buoy, for the benefit of his fellow shareholders at that time.

The Black Buoy local catchment areas CO7 9BU and CO7 9JN   –  Taken from ACORNS (a classification of residential neighbourhoods by CACI). These two post codes give us geo-demographic profiles of the areas surrounding the Black Buoy. They can be extended up to the CO-OP and along many of the roads which radiate from there.

CO7 9JN  –  Mature Well-Off suburb (3% 0f UK Population lives in this classification) Described as professionals with high academic qualifications who take more holidays than average and who have a propensity to eating out.

CO7 9BU  –  the cluster around the Quay, described as well-off town and city areas (waterside commands a premium) c.!.7% of UK population live in this classification – this is high status, high spending neighbourhood which is similar to Kingston on Thames and Richmond. Its affluent professional population eat out a lot, they are also 60% more likely than average to be vegetarian.

Other descriptors include: GLAMS –  greying , leisured, affluent majority – WOOPIES – well off older persons, many are DINKIES or Empty Nest – Dual incomes no kids. My earlier piece on BOOMERS* captures many who inhabit this lower Wivenhoe catchment ‘their emerging priority, which has massive growth potential, is the demand for leisure activities. These include eating out in pubs and restaurants, holiday-taking, staying in hotels, playing and watching sport, participation in arts, culture and gambling.’ They have the time, the money and the inclination to spend, spend, spend ’. this article can confirm. www.guardian.co.uk/business/2013/feb/08/retailers-older-shoppers-study?INTC

Research by the two most successful pub operators, Greene King and Weatherspoons informs them that to continue to grow and prosper, they must focus on the 3Fs – Females, Family and Food (which now makes 50% of t/o).

See also David’s paper he wrote in 2007 about Greene King entitled STRATEGIC ANALYSIS OF A REGIONAL INTEGRATED BREWER which he felt was still relevant to the situation in 2013.  A link to this paper is shown at the foot of this page.

He also circulated this further information about newspapers read in Wivenhoe at that time:

Analysis of newspapers bought at Bryans Newsagents, High Street, Wivenhoe and from the local Co-op in 2013

David McCaskey wrote:  My market research to date may be found in the two pages of catchment area analysis. Who? are our local customers etc  What?, Where?, and When? And  of course How? And Why?

*Reading age, the Fuzz Factor is calculated by a combination of sentence length and number of Monosyllables and polysyllables in a piece of text e.g.’ It was the Sun wot won it’ readership age 6 ABC Audit Bureau of Circulation

Old adage, Know them by what they read – this demonstrates the very particular nature of the Wivenhoe population by comparison to the nationwide readerships.

Over 80% of Bryan’s order is delivered, they charge £20 for the insertion of 500 leaflets or stuffers The Co Op do not deliver and will not carry leaflets apart from their own.

Note:  See many of the articles written by David McCaskey when he was a lecturer at Colchester Institute – click here