The Story of  Wartime sweethearts John Whishaw and Olga Bernard involving a rowing boat called Elsie (or was it Elise?)

Wrtten by Ingrid Stellmacher and posted by Peter Hill 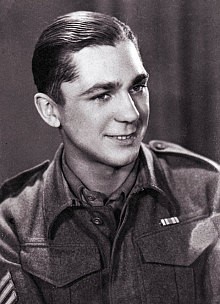 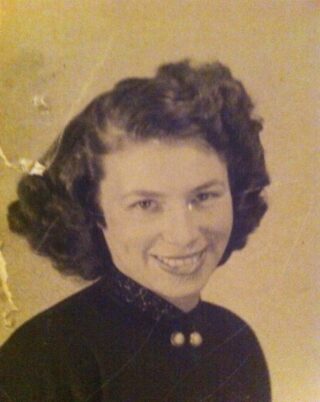 ‘’ I’ve often wondered who Elsie was’, explains Ingrid Stellmacher, whose father was a war- time spy for the British but of foreign origin and yet to become a naturalized British subject, although citizenship had been applied for.


This is the story of two people and their flight to Jersey, two people who later became Ingrid’s parents, and whose story Ingrid has researched and written up here.  Its relevance to Wivenhoe?  Well, the escape was made in rowing boat built in Wivenhoe.

This story has been published by Ingrid Stellmacher.

The Story of  Wartime sweethearts John Whishaw and Olga Bernard involving a rowing boat called Elsie (or was it Elise?)


In the early hours of 11th August 1948, two lovers stole a 12-foot dinghy from Carteret harbour in northern France and rowed 14 miles through rough seas to Jersey.  The wooden boat bore the name ‘Elsie’ and the name of her builders:  J Husk Jnr of Wivenhoe.

Eight years later those lovers would become my parents and the story of my father’s promise to come back for my mother when the war ended, and his 14-hour battle with that stretch of water’s unpredictable tides, became part of our history and their legacy.

Sixty-eight years later, I made the same journey my parents made. What took my father 14 hours to row, took us barely 2 hours in a Rib, and Jersey’s Rowing Club’s competitors just over 4 hours in their race across the same waters.  My father’s battle to navigate Jersey’s treacherous rocks and unforgiving waters that night, to stop the boat from being pushed further off course and out into open sea, was one my mother was convinced he wouldn’t win at times.

“Blood was trickling from the corner of his mouth” She recounted. “He was tired, the tide was strong, the waves were high, and I thought that’s it!  We’re not going to make it!”

But make it they did.  And I have often thought about Elsie’s part in that journey.  How she came to be there that night and the woman she was named after.  For while Elsie appeared at the right time for my parents to make their escape, it was Elsie’s presence that also betrayed them, alerting harbour authorities of her secret arrival on the island.  Having made it to the last piece of land possible before overshooting Jersey altogether, my parents came ashore on a small rocky inlet at Vicard Point near Bouley Bay.  From there the only way out was up.  Forced to abandon Elise in full view, they scaled the Point’s dangerously steep cliffs, and made the 5 kilometres into St Helier.  From the moment they left Elsie the authorities began to search for spies arriving illegally on the island rather than lovers looking for sanctuary to marry and start a new life.  A life that would eventually lead to England they hoped.

‘It’s possible she had been built by Husk’s but not the yacht itself.’’ Explained John.

“Husks did build boats and dinghies for vessels that they hadn’t built themselves, often as replacements, and mostly for yachts and fishing vessels.”

He did find one boat named Elsie though, last registered to a Mr Albert Glandas, fils, in Havre.  Could this be Havre de Pas in Jersey?   The Elsie registered to Glandas was built in 1875 but John couldn’t trace her beyond 1899.  That she would have survived the war years and ended up in Carteret 51 years later is unlikely though.

Trapped on the rocks where my parents abandoned her, Elise, pounded by the waves, broke up and all that remained intact when she was salvaged were her oars.  The remaining pieces revealed her name and builder, and it was noted that Elsie was decorated with a blue star on either side of her name.  Added later perhaps?

Peter Hill, Chairman of the Wivenhoe History Group, revealed that a fishing smack by the name of Elise was well known in Wivenhoe, owned, and raced by Friday Green, who won the America’s Cap and already detailed on Wivenhoe’s History website.

Could it be the name Elsie was recorded incorrectly and was a second generation Elise from Wivenhoe?  The builder after all is recorded as J Husk Jnr, not J Husk & Sons?

Is there someone out there with clues, if not the answer to Elsie’s true identity? The boat and the woman?

And my parents?  They were spotted heading towards Vicard Point that afternoon and the beached Elsie, quickly found, made headline news in Jersey’s Evening Post, prompting extra police activity on the island which unlike mainland Britain, had been occupied during the war.

Three days later, anxious they would ultimately be identified, my parents, who had stolen a boat, entered the island illegally and made false declarations registering at a bed and breakfast, gave themselves up.  They were arrested, held in custody, and 4 days later deported to a jail in France having been banned from going back to Jersey for five years.

They married later that year, in Kent, and were together 59 years.

They never returned to Jersey.