You are here: Home>New contributions>The STS Lord Nelson, built in Wivenhoe now based in Bristol

The STS Lord Nelson, built in Wivenhoe now based in Bristol 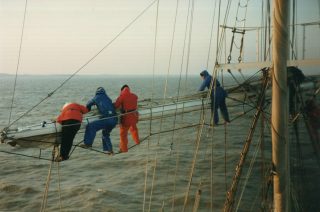 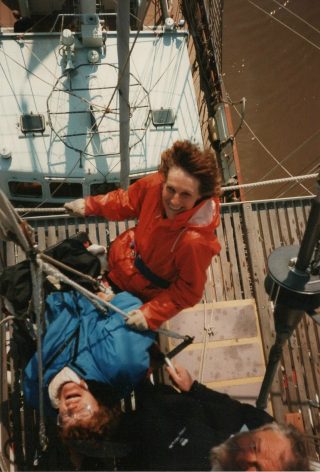 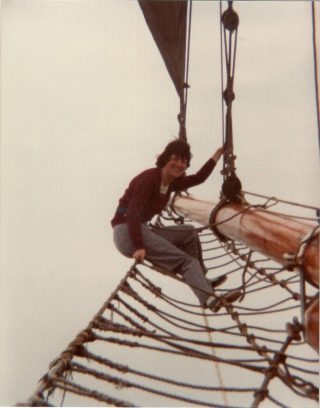 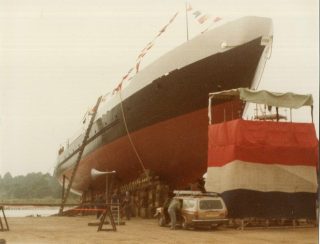 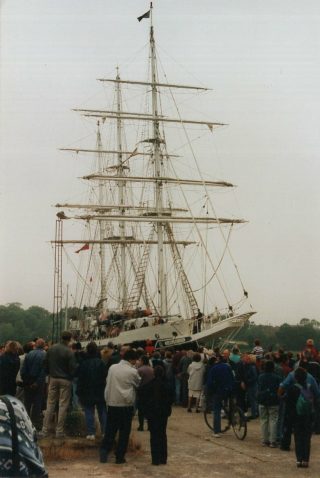 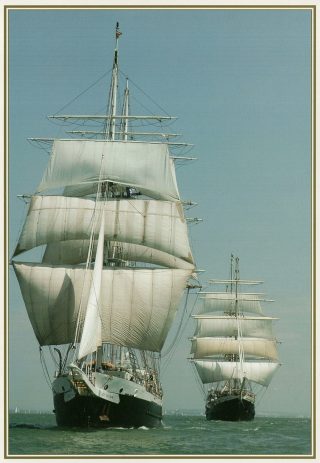 STS Lord Nelson, almost the last ship to be launched at James W Cook & Sons in Wivenhoe in 1986, is a three masted barque specifically designed for the Jubilee Sailing Trust to accommodate a small professional crew and a working voyage crew of up to 40 people of whom half could have some kind of disability. There were facilities for up to 8 wheelchair bound crew and everyone played a part in standing watch and operating the ship on passage. It was not about disability but ability.  The project, a brain child of Christopher Rudd who actually came to speak at the Nottage prior to the start, first trialled on another River Colne-based ship, the Soren Larsen, owned by the Davis brothers, was to open the door to many leisure and sporting activities previously thought inaccessible  for disabled people.

In 1983 Jan Sinclair sailed on the Soren Larsen where she met and buddied with Pam Glover, now a well-known Wivenhoe resident.

Lord Nelson has now been decommissioned and is resting in Bristol harbour where she will continue to advertise her cause. She has sailed for 33 years and completed 16,000 successful voyages around the world, including one to the Antarctic and taken many thousands to sea, changing many lives.

A second ship, the Tenacious

Demand for voyages continued to grow in the 1990s and a second ship was commissioned and built by the Jubilee Sailing Trust in Southampton.  A 65 metre barque, she is called Tenacious.  She is made mostly of laminated Siberian Larch apart from safety features like steel bulkheads and the keel section.  Once again the Trust broke new ground by having volunteer Shorewatch Teams to spend a week on site and work alongside the shipwrights.  It was the best shop floor atmosphere I have ever worked in with mutual respect all round. If volunteers had skills they were utilised and if not, they were shown how to assist in any way, relieving the skilled men of some of the arduous and more mundane tasks.  (I was watch Leader on four occasions.)

The two ships continued to serve but by the mid 2010s demand fell as more opportunities opened up for those with disability and not everyone wants to go to sea.  Any steel ship over 30 years old requires more maintenance and ‘Nellie’ as she is known has worked hard. It was time to cut back a little and find her another role. It would have been great to get her to somewhere like Ipswich, but Bristol is a major heritage site.

Many of us involved in getting her to pay a brief visit to Wivenhoe in 1998 remember the logistics of getting services and sponsorship in what was the abandoned shipyard of Cooks, but the euphoria of seeing this grand ship return to her birthplace was heart-warming.  People lined the banks from Brightlingsea up, crowds welcomed her and the first visitors on board were as many of her original builders that we could find. It was a difficult berthing and, as she forged in on the mud, she sat on a lump of old shipyard steel which left a mark which I could see later when doing maintenance on her later in the Canary Islands.  Wivenhoe had left its mark!

See also this page for more about the STS Lord Nelson:  Click here