You are here: Home>Topics>Arts>Artists>Alan Taylor 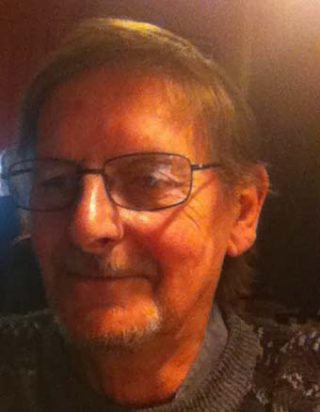 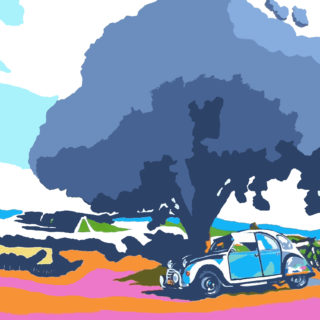 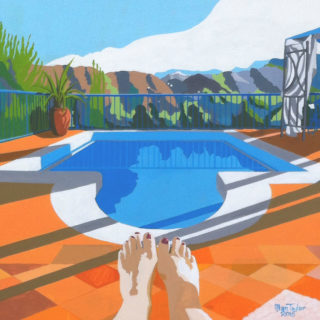 The Pool - From a photo taken by a friend, Hilary, one of four who stayed in a villa near Comares, Spain, Summer - 2016.
Alan Taylor 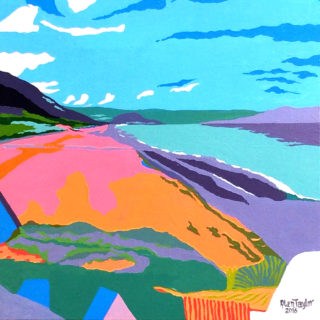 Woolacombe - One of a series of North Devon paintings, 2016
Alan Taylor 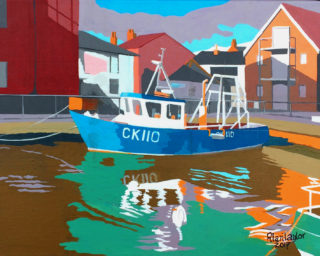 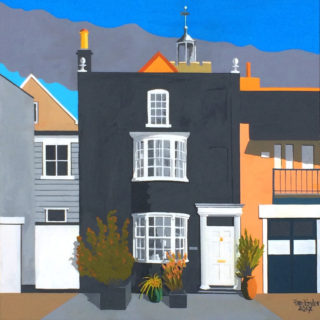 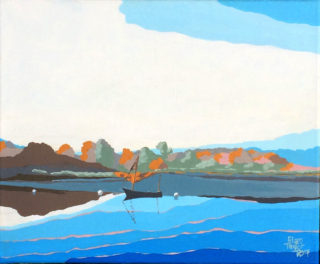 Colne Morning - 3rd in the 'Wivenhoe Revisited' series, a view across the Colne from Wivenhoe early one morning in 2016 (painted from photograph taken by James Dodds).
Alan Taylor 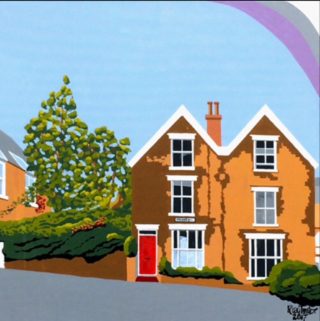 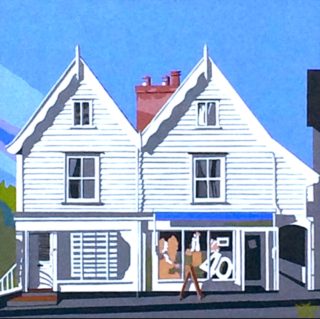 Alan Taylor was born in January 1942 at Kingsbury Maternity Hospital, Middlesex, England. Had he been born at home, a mile away, his place of birth would have been Neasden, London, NW 10 and not Middlesex – an important distinction in certain circles. He was led to believe an air raid was happening at the time. Certainly his mother did not enjoy the experience and no siblings were ever to appear. At the age of six, he was diagnosed with most chest complaints available and sent to a Catholic convalescent home on the Isle of Wight for a year, courtesy of the new National Health Service. It was here that he first glimpsed ‘The Queens’ – the liners Queen Mary and Queen Elizabeth – on their regular runs from Southampton to New York and back, a sight that was to have a lasting effect. Doing rather well at Primary School, he won a scholarship to Willesden County Grammar in 1953, and embarked upon an educational journey that did not end until 1974.

The proximity of a coal-fired power station and what became known as ‘London Smog’ brought a return of the bronchial problems, a feature he shared with his mother. At the age of 12 Alan Taylor moved with his parents to a healthier location in Vange, a small village on the edge of the Essex Marshes. Willesden Grammar soon became a distant memory and Hornchurch Grammar became ‘school’ for the next four years. Hornchurch Grammar involved a short walk to the bus stop at 07.15 and a one hour journey on the bus followed by a 30 minute walk to the school – the arrival at which was to be by 08.55 and not a minute later. The return journey meant he arrived home at 17.45. To say he slept through most lessons would not be exaggerating. There was also the ‘Physics Question’. Before entering the fourth year, a decision had to be made on which four of twelve subjects would be taken for the GCE. Having no interest in biology or chemistry, he was obliged to take physics – everyone had to take at least one science. This was not an issue, he enjoyed the problem solving with levers and pulleys, electricity and magnetism. Physics, however, was in the same group as Art. Despite much pleading, arguments and tears there was absolutely no possibility of taking Art at the expense of Physics.

Leaving school with less than the desired number of ‘O’ level GCE passes he signed on for evening classes at the local school, ‘Art’ being top of the list. Art was quickly followed by maths, english and pottery and another art making a useful six ‘O’ Levels, enough to get into an Art School. In 1963, after a succession of jobs, including 5 months on an ocean liner, two years as a library assistant and an attempt at restoring motor scooters – and following a successful application to Colchester School of Art – he moved to North East Essex in 1963.

Colchester was a revelation. At last he was able to learn how to draw, how to paint, make prints, use a camera, design stained glass windows and much more. He also made enough pottery to sell and thus survive the usual financial problems experienced by a student on a Minor Maintenance
Award. This was augmented by one evening a week working in ‘The Brewery Tavern’ (R.I.P.) in Wivenhoe and holiday jobs.

While living in Wivenhoe he became a member of the Wivenhoe Artists Group, exhibiting extensively in London, Colchester and East Anglia. After a few months at Colchester School of Art, it was suggested he applied for the Royal College of Art in the Stained Glass Department. An application was made and he was called up for interview. Knowing very little of the subject and not really wanting to be a stained glass artist, he took little interest in the interview process and was somewhat relieved to not be accepted on the course. A second year at Colchester School of Art followed and a successful application to a new Dip.A.D. course at Stourbridge School of Art in Worcestershire was made. Here he studied glass, ceramics and fine art for three years but did not take the final examinations for personal reasons. A return to Wivenhoe in 1968 marked the start of a very productive three year period of painting, during which he also taught pottery at Greyfriars Adult Education Centre in Colchester, followed by a return to Stourbridge to repeat the last year and take the final examinations in1972. An Upper Second Class Honours Dip.A.D. was eventually awarded – later converted to BA(Hons) – followed by a successful Post Graduate Art Teacher’s Certificate at Sussex University in 1974.

His first full-time Art Teaching post was in Essex at a Comprehensive School where he taught for three years. In 1977 he moved to Devon, opting for part-time art teaching and part-time painting alongside his partner Jo, who is a web & graphic designer and illustrator. He taught drawing, painting and ceramics to adults but also had time to work on his own painting and take part in local shows.

In 1988 a trip to Caen, France marked another turning point and he moved with his wife to an 18th century farmhouse near Bayeux, in Calvados. He continued to paint with commissions, exhibitions, submissions to open competitions and personal research. An invitation to hold a solo show at the University of Caen in 2006 was followed by contributions to several Group shows in the Calvados area. In August 2010, he held a solo exhibition at the Chateau de Balleroy and has since participated in group shows in Domjean and Torigni, both in Manche, Basse Normandie.

Jo and Alan still live in an eighteenth century farmhouse near Bayeux, Calvados, in France with a scruffy old dog and a lot of unfinished jobs.

My paintings are mainly the material manifestations resulting from impressions of places, events or moments that caused me to stop and think or just happened to be interesting. I also have ongoing relationships with colour, composition and perspective which can – and sometimes do – take over the original intent.

I am a professional artist but am not too concerned with making accurate pictorial records – the camera and smartphone do it far more accurately than I ever will – but if a particular place, building, event, object, etc. sets me thinking I do like to investigate further. Having found a subject of interest, I like to explore it in visual terms. I find the aesthetic far more challenging than the reality.

Nowadays, most of the paintings are acrylic on cotton canvas although I have painted on composite and wood panels as well as sheet steel (car panels) in the past. Whilst I admire the painterly qualities of traditional oil paintings – particularly the Newlyn School – I have no desire to emulate them. I am also very taken by the work of those artists who contributed to the transport posters of the ’20s and ’30s, a fact that becomes evident from time to time. I work with only three colours, the primaries, plus black and white. Mixing is usually done on the palette rather than ‘wet on wet’. The result leaves flat areas of colour with little in the way of texture but a very close colour harmony.

My work has been exhibited in London and New York as well as East Anglia, the UK Midlands and South West and lately in France. Many of the paintings on the website are now in private collections in Europe, the USA and Australia.

I work mainly towards open exhibitions and competitions but welcome commissions