You are here: Home>Topics>Arts>Artists>Francis Bacon in Wivenhoe

By Marina Warner. Part of the 'Memory Maps' series at the Victoria and Albert Museum (VAM) 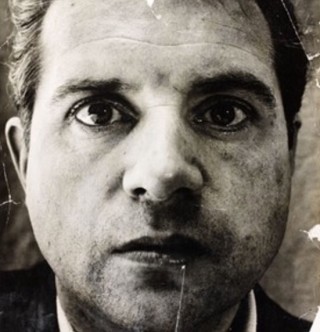 The row of cottages in Queens Road runs up the hill and marks the end of the tarmacked road and the beginning of the bumpy stony track that winds through the village towards the estuary and the river banks and wharves. The terrace marks a boundary in Wivenhoe between the older village where rambling, country dwellings, sheds, boatyards, and workshops grew up harum-scarum along the lanes, and the more planned nineteenth-century developments intended for the new working population in a growingly prosperous and industrialized place.

Small as the terrace is, it represents a certain degree of urban ambition. Its half dozen houses are red brick and small scale, one room wide and two rooms deep, the front door leading straight into the front room with its fireplace. I’ve been lucky: friends have lent me theirs during the weeks when I’m teaching; returning from the campus to these contained proportions gives me true shelter; the cottage has a perfectly satisfying human scale, both comforting and revitalizing. Words like ‘cosy’ or ‘snug’ don’t quite capture the respite it gives, something equivalent to the supper (‘and it was still hot’ ) which Max finds waiting for him after he has returned from the rumpus of the Wild Things in Maurice Sendak’s wonderful story. But upstairs in the main bedroom, the mood of the cottage changes. This front room lies under a surprisingly high vault of dark wooden rafters holding up a steep and narrow gable. It is easy to imagine this top room as a studio, which is what next door was, just through the party wall, when Francis Bacon lived there with the photographer John Deakin in the Fifties.

An artist’s way of looking changes the things he sees and the people he paints into recognizable projections of his own vision; Bacon in particularly transmutes popes and potentates, friends and lovers and pets into figures who are unmistakably stamped with his signature, ambushed by his strokes and grids, and detained within his smears and puddles of paint. He fixes them into twisted anatomies and distorts their features, bending them to the shape of fantastic, expressive, animal grimaces. This occasional effect of art, that all and everything becomes co-extensive with the painter and his perception sometimes also reflects the artist’s personal physical qualities: Rembrandt’s portraits have faces shadowed by his own features, his skin tones and texture and his habitual pensiveness and puzzlement. This is not to say that Rembrandt painted himself even when he was not making a self-portrait, but that at some deep level, the greatest portraitists cannot leap clear of self-picturing, and they impress the thumbprint of the self in every line and brushstroke.

Francis Bacon had a face you could not mistake even from some distance: it was so strongly seamed and riven that it appeared somehow larger than it was and the whole figure of the man more imposing than he was physically, like a hero beamed up in giant scale on a screen. I saw him once come out of an oyster bar in the middle of the afternoon in Shepherd’s Market in London. He had a big round head on a smallish narrow torso, or more exactly, a head shaped like a root vegetable or a marrow, for his mouth was large, and his cheeks rounded out above his jowls. But his presence reached across the distance between him and me and made an impact because of the folding and creasing of his features, the visible trench warfare of his experiences and feelings. His own face looked like his subjects’ faces, except that in their case, he portrayed them fanged and screaming in the very moment of writhing or ejaculating, whereas in his case as he went about his daily business – eating oysters, or whatever – his features only bore the traces and the perpetual nagging promise of such moments.

The photographer John Deakin who took this image in 1952 when Bacon was living and working in Wivenhoe moves in on the artist’s face like an icon-painter to plunge into the artist’s intense black, almost pupil-less gaze; his camera records unsparingly at very close range lines and blotches and pores and blemishes, echoing Bacon’s own enfleshed vision of existence as a martyrdom of the whole person carried out on the body through an ambiguous exacerbation of stimuli and sensation. I have always remembered the artist saying to David Sylvester, in one of the dazzling conversations with Bacon that Sylvester published, how he wanted his pictures to go straight through to the nervous system without passing through the brain. Bacon is in his early forties in this photograph, but it doesn’t present anything as straightforward as the exterior of a middle-aged man. He appears here as someone belonging to any time, an Everyman of human experience, at once urgent and ghostly, vulnerable and dangerous, mute and eloquent.

Part of the photograph’s enigma and intensity arises from its condition: it might almost seem that someone deliberately distressed it in order to heighten its intensity. Certainly the central v-shaped tear at the top points to the eyes like one of the arrows or perspectival cages which Bacon drew around his subjects, while the crack in the print under his bottom lip suggests leakage. The left edge, where the light comes from, has suffered less; the shadowed side of the face seems even more grimy and sunken because its edge is torn. The whole print has had to be smoothed out again in order to survive: this precariousness makes his presence all the more haunting. Elizabeth Smart, the writer, most celebrated for her novel By Grand Central Station I Sat Down and Wept (l945), was a friend of Francis Bacon, and the Victoria and Albert Museum acquired it from her in l984; it isn’t very likely that she crumpled and tore the photograph Deakin took. Photographs of Bacon’s working surroundings show him in a great drift of debris, books, newspapers, scraps, paints, tools, etc. all scattered around him, a kind of living Kurt Schwitters Merz mess, with the walls and surfaces, cuttings and remnants daubed with paint and turps and booze and ash and food. Perhaps he tossed the photograph into the heap and it got trampled in the mêlée. But it’s also the case that John Deakin’s work often only just survives in this way, as damaged goods. This portrait is a magnificent example.

The studio in Wivenhoe, where the picture might have been taken, has been left empty at least since l992 when Francis Bacon died, and probably for some time before that as he stopped staying at Wivenhoe with any regularity from the Sixties onwards. The story goes that he came in the first place because he had friends in the village – the artist couple Denis Wirth-Miller and Richard (‘Dicky’) Chopping, who live by the harbour in one of the beautiful eighteenth-century houses there and still have a drink now and then in the Rose & Crown. They are both getting on these days – Denis is approaching his nineties. But fifty years ago, they were roaring boys. Their hospitality was a matter for marveling and their adventures still raise exclamations and laughter, ‘Oh, Dicky was so outrageous!’ Dicky at the time was designing the covers of the James Bond series of novels: it so happens that the images of Dr No and OO7 and M. and Miss Moneypenny which the films later crystallized owe a great deal to his lurid graphics. Enduring icons of the Cold War, they were made in small-town Essex. The work also helped to keep the good times rolling then, in the bleak postwar marshlands. Denis painted landscapes and dogs, but not as well as Francis Bacon (someone on the web is offering a painting of corn fields by Denis Wirth-Miller which has a drawing of a dog on the back – this owner is hopeful it’s a Bacon).

Bacon remained friends with them after he stopped staying in the cottage in Wivenhoe: in l978 he painted a diptych of Dicky, showing the illustrator’s handsome, rather cheeky face dissolving into an anguished vortex of sideswept paint marks. The story in the village goes that Denis and Dicky, who own the cottage, did not want to sell or rent it after Francis’s death because they felt it should remain a shrine to his memory.

On the broken steps up to the front door these days, junk mail lies sodden and torn. But the cottage in the terrace has not been totally abandoned: every spring someone comes and cuts down the weeds that sprout high over the wall that separates that back yard from the garden next door, where I stay, and where my friends have pots of bright geraniums and camellias. The handyman razes everything at Bacon’s house to the bare ground then turns it to fallow, leaving nothing but the door to the outhouse stuck ajar where cats stalk, alert for prey. Quickly, reassuringly, the seeds germinate again, and by the summer thick groundsel and buddleia, mallow and a scattering of poppies have filled the tiny patch again. At the back of the house, an entrance to steps leading to a cellar also stands half open. These carelessly fastened doors contrast strongly with the cottage’s most disconcerting feature: the windows on the front don’t open at all. They have no frames and no fastenings or locks or handles, but are completely glassed in, a single sheet set straight into the bricks and mortar. Maybe the wooden frames of the original sash windows rotted and in the absence of the occupants were replaced as cheaply as possible. Or maybe Francis Bacon, who famously painted interiors in his studio with only a naked bulb for light shut himself behind windows that couldn’t open in order not to see the country, the estuary, the corn fields outside.

When I first started staying in the cottage next door, I was warned by my friends that there was a problem with some small visitors. They were coming through the wall shared with Bacon’s old studio, crawling from under the cupboard and across the fitted carpet. Until they were dealt with the appropriate pesticide, they left fragile silver trails on the pile in a kind of scribble that caught the light when I turned it on on arrival back in the cottage from the campus. Although I never saw one, I know what the makers look like: larval, boneless, and pale worms, like the deliquescent and naked bodies that Francis Bacon paints, twisting down a stake or slithering over a mattress.

Article and photograph reproduced by courtesy of the VAM.