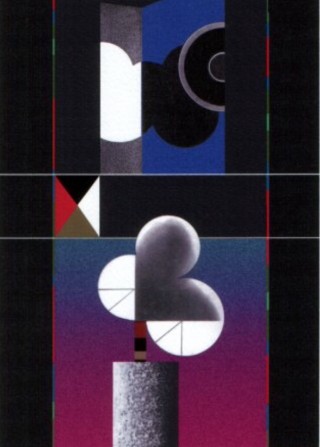 Ted Atkinson trained as a sculptor at Liverpool College of Art and the Slade School.

Never an easily accessible artist, he survived as a teacher of sculpture, initially in Exeter and later at Leeds and Coventry. In the 1960s he set up his sculpture studio in Wivenhoe.

The main body of his work was directed towards architectural commissions with major public sculptures sited in Britain, Germany, Holland, the USA and Japan.

In 1988 with Armitage, Caro, Chadwick, Frink and Henry Moore he was one of six sculptors invited to represent Britain at Expo’88 in Brisbane.

Representative works can be found in a number of public collections including the Ashmolean Museum, Oxford; the Fitzwilliam Museum, Cambridge and the Stadt-Wetzlar Museum, Germany.

[This is a slightly amended version of the summary which first appeared on the Wivenhoe Encyclopaedia web site.]