Ian Valentine based on information in www.aif.adfa.edu.au database 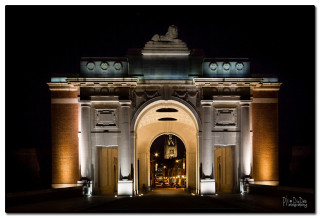 Alexander John Kennedy AYRE was born in Benwick, Isle of Ely.  Youngest son of Robert & Caroline Ayre of Paget Road. Went to school in Benwick and Wivenhoe.  Sailed for Australia 1911 at age of 16. Worked as a Seaman. Enlisted as a Private 8 February 1915 in 14th Bn., 8th Reinforcement.  Embarked from Melbourne, Victoria on SS Makarini 15 September 1915 aged 20.  ECS 28/4/17 reported he had served in Gallipoli but was now wounded in France and home in Wivenhoe on short leave; soon to leave to rejoin his regiment on the Western front.  ECS 13/10/17: The sad news reached Wivenhoe on Saturday, Oct. 6, of the death in action on 26 September 1917 of Sergeant.-Major Alec Ayre, aged 23, Wivenhoe.  Sergt.-Major Ayre was shot in the neck, death being instantaneous.   Killed in Action on Menin Road, Ypres.  No known grave.  Commemorated on Panel 17 of Ypres (Menin Gate) Memorial, Belgium and on Panel 17 of Australian War Memorial.  Named on the Wivenhoe War Memorial.  Awarded 1914-15 Star, British War Medal, Victory Medal.  Previous to the war he served his apprenticeship in the merchant service, and was an exceedingly smart lad, as may be judged from the fact of his speedy promotion from the ranks after joining the army.