The family's connections to Wivenhoe 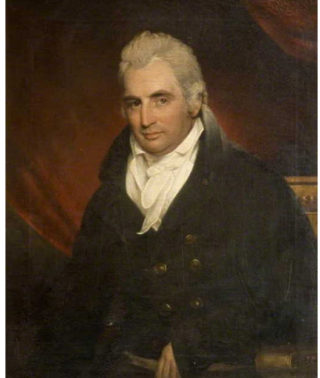 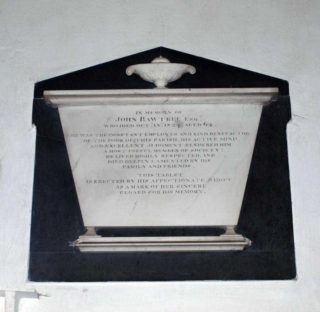 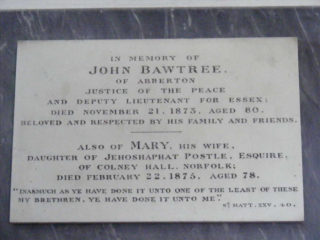 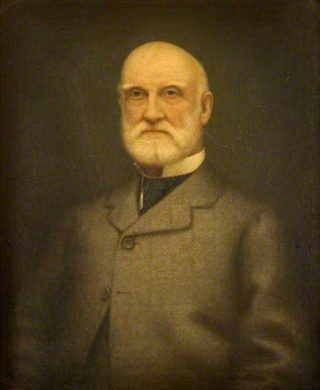 A Wivenhoe name to fame, if somewhat distant, is its connection to well known actress Sigourney Weaver.

Sigourney’s mother was Desiree Mary Lucy Hawkins, herself an actress. She was known professionally as Elizabeth Inglis and earlier as Elizabeth Earl. ( Inglis being her grandmothers maiden name.)

Desiree was born in Colchester and known for her role in ‘The Letter’ opposite Bette Davis. She also had a part in the film ‘The 39 Steps’, playing the role of Hilary Jordan. There was an interesting, sadly deleted, scene from ‘Alien’ where she appeared as the elderly daughter of Sigourney’s character.

He had a number of other business interests outside Wivenhoe. He had pubs in Brightlingsea and Abberton, as well as property in Walton.

John(1) may originally have come from Brightlingsea. At the time of his marriage to Sarah Pearson at St Mary’s Church in Wivenhoe on 15 Nov 1759, he was living in Elmstead where they appear to have continued to live until after the birth of their first child, John Bawtree(2) 1762-1824.

Their other children, Samuel, William, Harvey and Elizabeth Sarah were all born in Wivenhoe. As with so many families during this period they had to bear the loss of one of their children at a very young age. Harvey died in 1771 at the age of 4 years.

Providing For His Family

John(1)  left the family well provided for. The bulk of his estate was left to his wife Sarah, as he stated in his will, ‘ to enable her to carry on the trade of a Brewer and for the better bringing up of all my said children.’

His estate included farm land, property and stock in trade of a brewer in Wivenhoe. There was also many other properties. One such property was a farm in Brightlingsea which was occupied by a tenant farmer. The yearly rent, £30, was bequeathed to his mother, Jane Bawtree for her lifetime.

John(1)  also made provisions for his children when they reached the age of 21 years. His eldest son John(2) was left the White Lyon pub in Brightlingsea.

John and his family had moved to Colchester sometime between 1793-1799. He continued to work and hold property in Wivenhoe.

By 1799 John Bawtree(2) had acquired the freehold of land and property from Nicholas Corsellis. These included a number of public houses: The Black Buoy, The Horse and Groom, The Ship at Launch, Burrs and Harsoms which included the Brewhouse and its outhouses and other buildings.

John married for a second time following the death of his wife Jane in 1812.  In 1813 he married  Bridget Canning.

There were no children from that marriage.

He died in 1824 in the home of his son John(3) in Abberton but was buried in St Botolphs cemetery.

John(3) married Mary Postle on 23 July 1816 in Norfolk. She returned with him to live in Colchester where their first two children were born. By 1824 they had moved to Abberton. They had 9 children and lived most of their lives in Abberton.

The connection with the Hawkins family came about when John’s daughter Sarah Jane married Charles Henry Hawkins on 6 August 1884 in the parish church in Peldon. They had 7 children, the youngest being John Bawtree Hawkins who, during the 1st World War, became Captain John Bawtree Hawkins. (See more about Capt. John Hawkins who died in 1916 whilst serving at the Front click here ). This was the point at which the Bawtrees returned to live in Wivenhoe.

John Bawtree Hawkins married Georgina Mabel Bryant. In 1901, they are shown on the census as living at Ballast Quay Farm.

Another of Charles and Sarah’s children became a prominent figure in Colchester; Catherine Reeve Hunt nee Hawkins became a politician and activist. She was a member of Colchester Town Council from 1918-1934 and was elected its first female alderman. In 1924-25 she served as Colchester’s 2nd ever female mayor.

Many members of the Bawtree/Hawkins family went on to achieve great status in their chosen fields. The families moved far and wide throughout the world, including USA, Canada, South Africa and other far flung destinations, but many of them can trace their roots back to Wivenhoe and to the first known Wivenhoe John Bawtree.