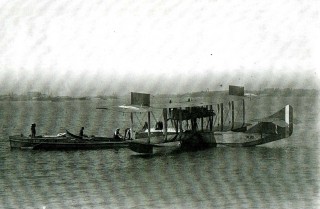 The prototype Felixstowe F3 flying boat from the RNAS base at Felixstowe. Some of the station's supporting boats were built at Wivenhoe.
Nottage Meritime Institute 01123f 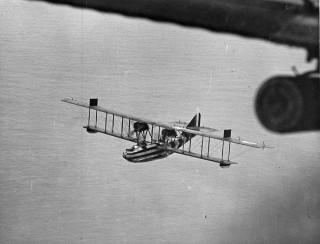 A Felixstowe F3 flying boat on patrol over the North Sea. The hulls for some of of these aircraft were built by Rennie Forrestt at Wivenhoe.
Nottage Maritime Institute 01107x

The Felixstowe F.3 type flying-boats were designed at the Royal Naval Air Station at Felixstowe for coastal patrols over the shipping routes around the United Kingdom to help combat the menace of German submarines, the U-boats.  They were exactly what their name suggests, boats with wings.  The wooden hulls were built by boat builders around the East Anglian Coast, including the Rowhedge Ironworks, Aldous at Brightlingsea and Rennie Forrestt’s at Wivenhoe, the wings and tails were built by aeroplane manufacturing sub-contractors mainly in the Midlands.

The R.N.A.S. the Felixstowe F.3 boats used for anti-submarine patrols over the North Sea were the forerunners of R.A.F. Coastal Command.