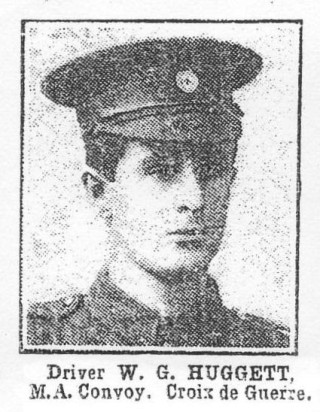 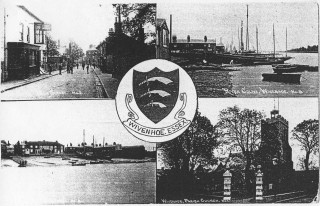 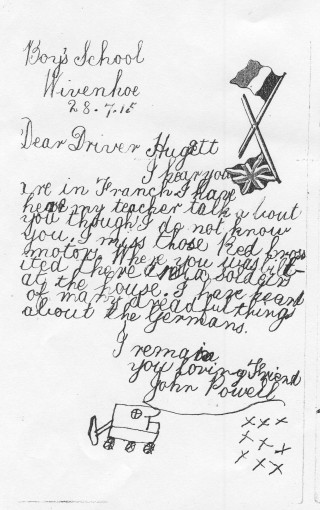 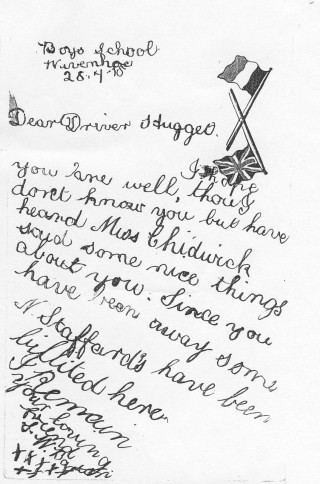 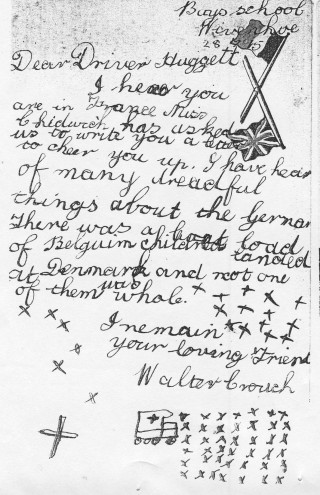 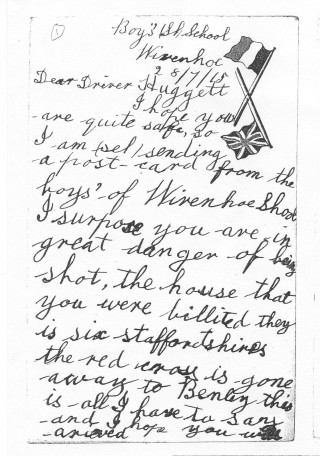 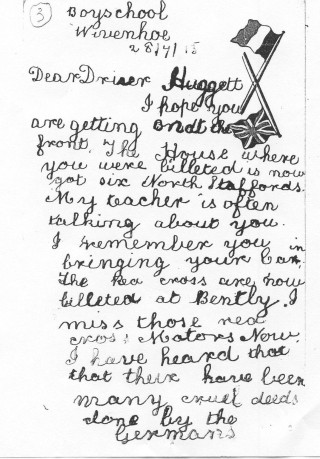 A Red Cross van in Wivenhoe caused quite a spectacle in 1915 and the pupils from the Boys School befriended ‘Driver Hugget’ as they called him. When William Hugget left for the Front in 1915 their teacher, Miss Chidwick, asked the boys to write to him.  Some of the letters given him from the boys are shown here.

William Hugget carried these letters with him throughout his time at the Front with the Red Cross Motor Ambulance.   He was awarded the Croix de Guerre at Verdun in 1916 for courage, coolness and devotion to duty whilst evacuating wounded men alone under heavy bombardment.

He returned after the war to carry on farming at Furners Green, Uckfield.

We know he kept all the letters given to him by the Wivenhoe school boys because, when his niece was clearing his farmhouse out after he died, she came across his old kit bag and the letters were all there.