Ian Valentine based on research by John Stewart, & CWGC and Essex Regimental Records 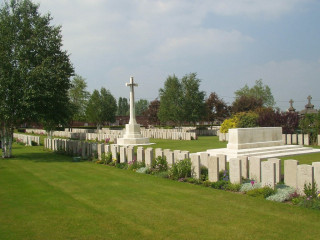 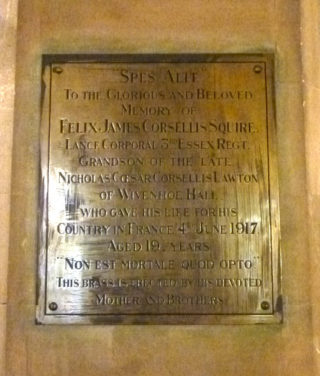 He enlisted in Maldon, Essex, and served in the 11th Bn Essex Regiment.

He was severely wounded in action and died from gunshot wounds, passing away at the 33rd Casualty Clearing Station. France, eight hours after arriving at this depot on 4 June 1917, aged 19.

He is buried in Grave ref. VI.E.69 at Bethune Town Cemetery, and is named on the Wivenhoe War Memorial.

He is also commemorated by a plaque in St Mary’s Church situated on the column above where the Rector sits.  Felix was the grandson of Nicholas Caesar Corsellis Lawton of Wivenhoe Hall. The plaque was erected by his Mother and brothers.