Ian Valentine based on Research by John Stewart & CWGC Record 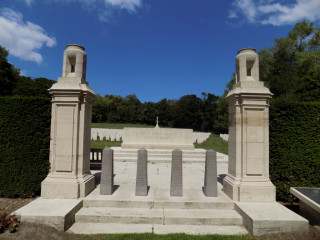 1153153 Gunner Edgar Frank Stebbing was born in 1891, the youngest son of George & Emma Stebbing, of West Street, Wivenhoe.  He was an Assistant Grocer.  After enlisting he was attached to 222nd Battery, Royal Garrison Artillery, and was Killed in Action in Belgium on 15 July 1917, aged  26, where he had only been a few months.  He was buried in Grave ref. I.H.4. at Coxyde Military Cemetery, West Vlaanderen, Belgium, and is named on the Wivenhoe War Memorial.