Ian Valentine based on www.aif.adfa.edu.au & research by Mary Norris 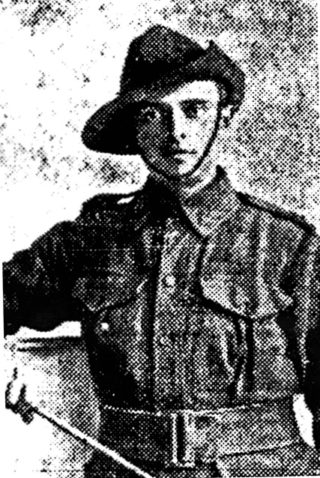 184 Private Henry James (Harry) Juby was born in Oct-Dec 1885 (Lexden Vol 4a, page 512), the son of the late William Frederick & Eliza Ann Goodwin (formerly Juby), at Elaine House, Park Road.  He traded as an ironmonger.  He emigrated to Australia on the SS Osterley  arriving the 9th September 1909.

He enlisted on the 28th August 1914 and served in E Company, 2nd Bn of the Australian Imperial Force.  He embarked on the 18th October 1914 from Sydney, NSW on board the Transport A23 Suffolk and disembarked at Alexandria on the 8th December 1914.

He served in Egypt & Gallipoli and was killed in action on 25th April 1915 at Gallipoli, Turkey, aged 29.

He has no known grave.  His name is enscribed on Panel 1 of the Lone Pine Memorial, Gallipoli, and on Panel 33 of Australian War Memorial Roll of Honour.  He is also named on the Wivenhoe War Memorial.  He was awarded the 1914-15 Star, the British War Medal and the Victory Medal.