Ian Valentine based on Research by John  Stewart and Essex Regiment Museum records. 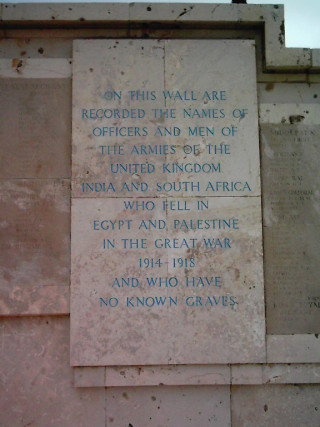 He has no known grave, but is named on Panels 33 to 39 of the Jerusalem War Memorial, Israel, and on Wivenhoe War Memorial.