Ian Valentine based on Research by John Stewart. 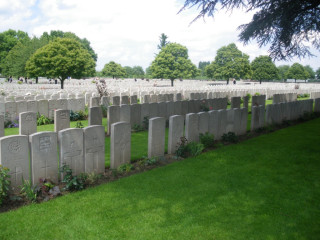 He was buried in Plot XXVI. G. 6a at Lijssenthoek Military Cemetery, West Vlaaanderen, Belgium.  He is not named on the Wivenhoe War Memorial.