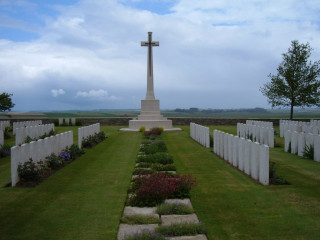 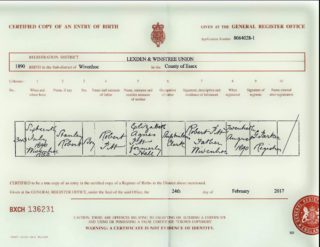 Stanley Robert Pitt’s birth was registered in the July-September quarter of 1890 in Lexden Vol. 4A Page 563,which confirms he was born in Wivenhoe on 16 July 1890. 1891 Census shows him 9 months old, eldest child of Robert Pitt (Clerk in Shipyard) & Elizabeth Agnes Hall living at Nook Cottage, Rectory Road. Robert and Elizabeth had married in Stepney registration district in 1889. 1891 Census shows Elizabeth as born in Wivenhoe, but John Foster can find no corroboration of this.
According to the 1901 census, the family is living at 13 Oxford Street, Barrow-in-Furness. Robert is a clerk in an iron foundry which is “making wheels for railways”. Stanley now has three younger siblings: Dorothy E, William G and Marjorie R. Stanley who are all shown as born in Wivenhoe with Marjorie only 3 years old, so they must have moved from Wivenhoe after about 1898. Their mother Elizabeth is now said to have been born in Poplar. Stanley attended Barrow Grammar School (from 1901?), but did not finish his secondary education there as the Family moved to Dudley, Worcs.
In the 1911 census they are living in ‘Avondale’, Market Street, Kingswinford, Stourbridge, Worcestershire. Elizabeth is absent on census day but Robert still describes himself as “married” so presumably she hasn’t died. Robert is now a Prime Cost Clerk in Bridge and Roofing Construction, and Stanley is a draughtsman in the same industry, having trained as a draughtsman for Hill & Smith in Brierley Hill after leaving school. He later moved on to work for engineering firm Edward Wood and Co in Salford.
He joined the Royal Field Artillery in September 1914 and went to France as a Sergeant in 1915 where he saw hard fighting and had several lucky escapes. It was reported in the Barrow School Magazine that “once a shell passed clean through the dug-out in which he was without injuring anyone” and that “on another occasion a shell burst killing four of his comrades and wounding eight others, Stanley being left unscathed”. Stanley was commissioned as a Second Lieutenant and awarded the Military Cross only a few weeks before he was killed on 23rd October 1916 aged 25, and was buried in Grave Ref. II.U.1. at the Guards Cemetery, Lesboeufs, Somme, France. Named on the Barrow Grammar School Memorial Boards and also on Wivenhoe War Memorial.
In 1917 the National Probate Calendar shows:
“PITT Stanley Robert of 36 Manchester-road Chorlton-cum-Hardy Manchester, a temporary second-lieutenant Royal Field Artillery, died 23 October 1916 in France while in actual military service. Administration (with Will) Manchester 3 May to Elizabeth Agnes Pitt. Effects £127 7s 5d.” (Elizabeth was the (wife of Robert Pitt and Stanley’s mother.)

See the Wivenhoe Roll of Honour for WW1 – Click here