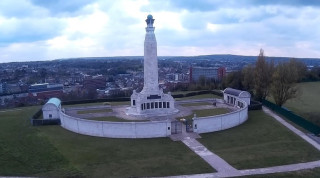 J/55801 Ordinary Seaman Ronald Joseph Robinson, R.N. was born in Wivenhoe on 31 May 1897, the son of Joseph Temple & Rosa Frances Robinson of ‘Jesmond Dene’, Old Rd., Frinton-on-Sea.  He served on HMS Ebro, but was Killed, aged 19,  whilst serving as armed guard aboard Norwegian sailing vesseI Najade which was sunk by U-Boat U59 at Fair Isle with the loss of all 21 crew on 21 March 1917.