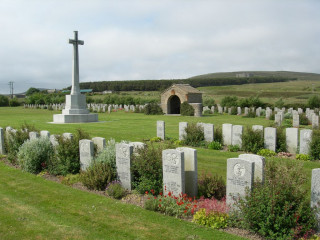 M.3780  William Hunter Salisbury, R.N., Engine Room Artificer 5th Class  R.N.  His birth in Southwick, Sussex was registered in Steyning in Oct-Dec 1896 Vol 2B, page 277.  He was the second son of Marine Engineer George and Eleanor Salisbury who had lived at 23 Tancred Road, Anfield, Liverpool.

He served on HMS Hampshire, and was killed or died as a direct result of enemy action on 5 June 1916, aged 19.

He was buried in Block F.120.A. at Lyness Naval Cemetery, Island of Hoy, Orkney Islands,  He is named on the Wivenhoe War Memorial,