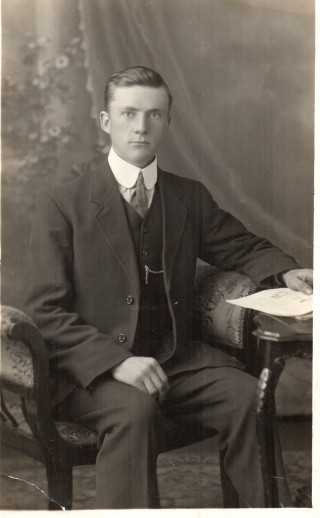 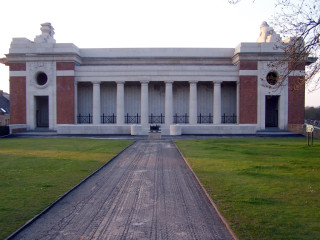 Oliver George Rand was born in Wivenhoe in July 1893, the fourth of five children, and one of the three brothers who served in the First World War. The family lived in Queens Road, Wivenhoe and he attended Wivenhoe Council School.  His father William George Rand, was a master mariner, and his mother, Adelaide (nee Brown), was from Rowhedge.

Oliver’s mother, Adelaide Rand, died in 1909, his sister married and went to live in Colchester, his brothers Edwin and William had married in 1911 and 1912. Like his two elder brothers, Oliver Rand had started as an apprentice in a local shipyard, but decided to follow his father into a career at sea. In 1910-1911, at 17 years of age, his name appears on a number of ship logs as an Able Seaman on the Aberdeen Line ship SS Marathon, back and forth between London and Sydney, and between Sydney and Brisbane via Newcastle (New South Wales).  The SS Marathon was a passenger liner that also carried cargo and traveled a regular three weekly service between London and Australia via South Africa.  In 1912 the SS Marathon was refitted, being lengthened and having a second funnel added.  In 1914 Oliver’s name appeared again on logs of the Marathon, and later in 1914 he appeared on the logs of the ships the Commonwealth, of London, and the Aramac, of Brisbane, plying between Melbourne and Sydney.

It may have been at the time when SS Marathon was out of service that he got the idea of pineapple farming.  It appears from electoral rolls that Oliver later lived in an area called Upper Tallebudgera, about 65 miles south of Brisbane.  At that time this area was being cleared for farming so it is possible he was employed in the timber industry.  However, when Oliver enlisted, he gave his occupation as farmer.

On 25th February 1916 Oliver enlisted in the Australian Imperial Force at Brisbane.  He was stationed at the Enoggera barracks, Brisbane during his initial training.  On 16th August 1916 he sailed to Plymouth on the HMAT A42 Boorara, arriving back in England on 13th October 1916.  He was part of the 42nd Battalion, 2nd Reinforcement.  On 19th December 1916, after further training in England, he left from Folkestone to Etaples, France on the Princess Victoria to serve on the Western Front.

The following year on 10th June 1917, he was killed in the battle of Messines in Belgium.  He has no known grave but is commemorated on the Ypres (Menin Gate) Memorial (Panel 27) and on the Australian War Memorial, Canberra (Panel 136).  He is also commemorated on the grave of his mother and father in Wivenhoe, along with his brother Ernest, who was killed in action in 1918.  Oliver was posthumously awarded the 1914-15 Star, British War Medal and the Victory Medal.

Many thanks to Peter Waller, the grandson of Adeline, Oliver’s only sister, for the photograph and some family information.