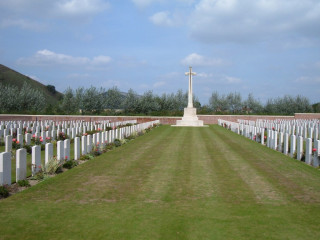 He was buried in Section A44, Philosophe British Cemetery, Mazingarbe, Pas-de-Calais.  He is not named on Wivenhoe War Memorial.