You are here: Home>Topics>Events>First World War>A Sea of Poppies at the Tower of London - November 2014

A Sea of Poppies at the Tower of London - November 2014 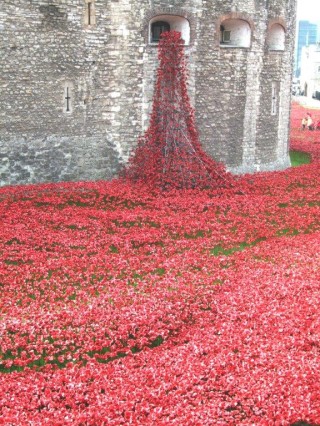 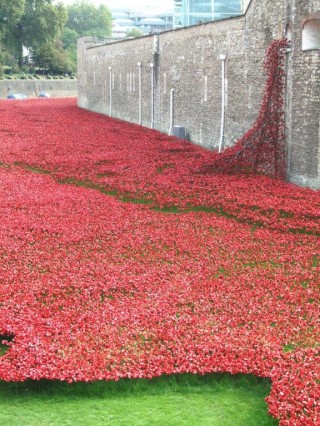 The cascade of poppies into the moat
Ian Valentine 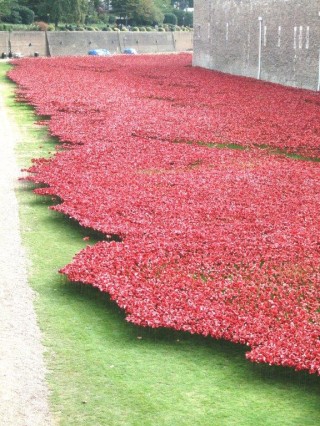 A sea of poppies, one for each of the over 800,000 people from the UK and British Commonwealth who were killed during WW1
Ian Valentine

These photographs were taken by Ian Valentine, Secretary of the Wivenhoe History Group, in October 2014, a month before Remembrance Day when the last of these ceramic poppies was planted. Ian, along with so many other people were very much moved by this sight, one for each soldier from the UK and the British Commonwealth who had been killed during WW1 – 888,246 in total.

This tribute which was called Blood Swept Lands and Seas of Red, marked the centenary of the outbreak of the First World War and was created by artists Paul Cummins and Tom Piper.

The installation of 888,246 ceramic poppies started in August 2014 and progressively filled the Tower’s famous moat.  Every evening during the installation, the Last Post was played at sunset. Members of the Commonwealth forces who were killed in the First World War were nominated to have their name read out in this nightly ceremony.

Amongst these poppies would have been 46, one for each of the men from Wivenhoe who died in that dreadful conflict.