You are here: Home>Topics>Events>First World War>About the steam yacht Venetia

About the steam yacht Venetia 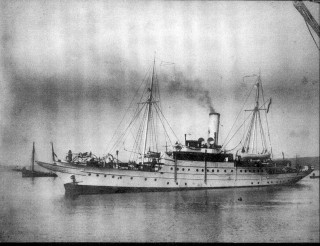 The forward gun platform can be seen but the gun itself is hard to spot against the background.
Nottage Maritime Institute 00108 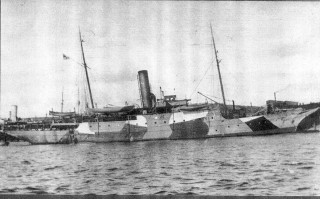 Venetia in camouflage 1917-1918. The forward gun platform can be seen but the gun itself is hard to spot against the background.
Nottage Maritime Institute 00109

The steam yacht Venetia had been built in 1905 and measured 577 gross tons.   In peacetime she had many Colnesiders in her crew with several Wivenhoe men amongst them.

She was soon requisitioned for war service, on 7th  August 1914, just three days after Britain declared War on Germany.  She was hired by the Royal Navy, initially as a headquarters ship for auxiliary patrol vessels, but later she became a patrol vessel herself and was armed with a 12 pounder gun forward and a 6 pounder aft.

The Crew signed up as well

The whole of her crew volunteered to serve with her and it is very likely that most would have done, as those who were not ineligible to serve in H.M. ships, and could have performed a useful role in a warship, would have  stayed on one of the special terms of engagement devised for the purpose.  Those men who were not already in the Royal Naval Reserve would probably have wanted to stay, both from patriotism and because of the chance for continued employment.  Being familiar with any idiosyncrasies of the ship and her engines, they would have greatly speeded up the ability of the new “warship” to reach maximum efficiency.

In 1917 she was renamed Venetia II so her name could be given to a new destroyer, and about that time she was repainted in a disruptive “dazzle” pattern.

She was returned to her owner in February 1919, but served again in World War 2 under her new name, Altair.