You are here: Home>Topics>Events>Second World War>How Wivenhoe celebrated the 60th Anniversary of the end of WWII

How Wivenhoe celebrated the 60th Anniversary of the end of WWII

Wivenhoe celebrated the 60th anniversary of the end of the second World War with a Tea Dance in the William Loveless Hall in the afternoon of Saturday 20th August 2005. This was followed by a Dance in the evening with a Fish and Chip Supper and music by 17 members of the Locarno Big Band. 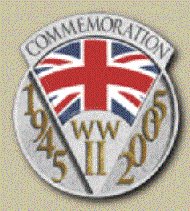 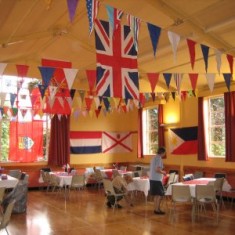 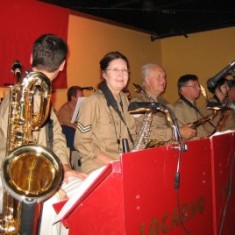 The Locarno Big Band provided the musical entertainment for dancing throughout the evening.
Photo by Peter Hill 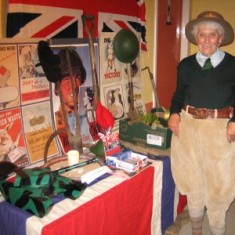 Phyllis Richardson wearing authentic Land Girl trousers, standing by a display in the Lobby of the William Loveless Hall.
Photo by Peter Hill 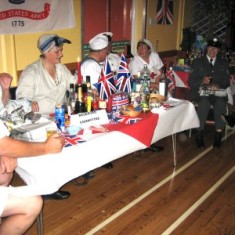 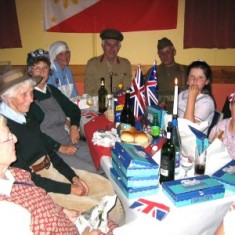 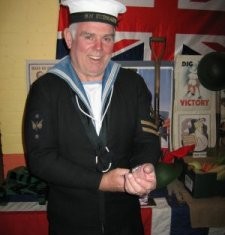 Maurice Clary who was still able to wear his submariner's uniform 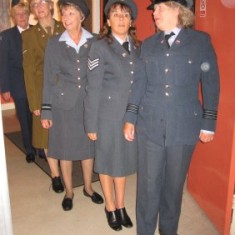 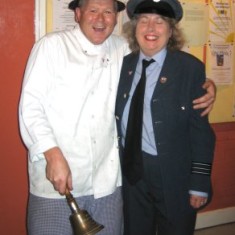 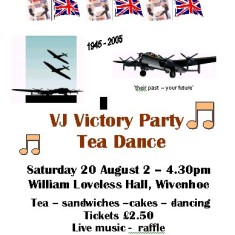 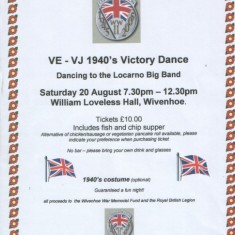