You are here: Home>Topics>Events>Queen Victoria's Jubilee 1887

Wivenhoe celebrations for the Jubilee 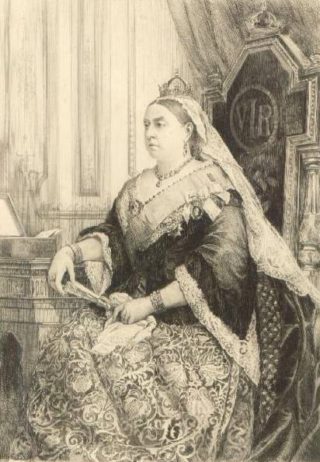 It seems that Wivenhoe has always been only too happy to celebrate an occasion as with the Queen’s Jubilee in 1887.

On that occasion, Tuesday 28 June 1887, Wivenhoe was decorated with flags and bunting. An evergreen arch entwined with artificial flowers and bunting crossed the road near the Parish Church of St Mary’s. From the church tower to the Lion Pub there extended a cordon of flags. Opposite the Grosvenor Hotel there was a second arch of evergreens. A third arch was erected at the entrance to Wivenhoe Hall.

The celebrations, which would have required a deal of planning, were arranged by a committee which included Dr Samuel Squire, Thomas Corder Goodwin, Capt. William Ham, Rev. H Tyler and a number of other prominent residents.

At 12 noon there was a 21 gun salute from The Quay, under the command of Capt. William Ham. Soon after this, there were seen relays of wagons depositing people on the High Street for the start of the celebrations and events that had been organised.

One of the first events was a dinner for 240 of the poorer and aged residents of the area which took place in the National School. An event described by one local newspaper, where there was a great deal of ‘acclamation, good humour and happiness’ especially when Capt. William Ham and Mr. Edmund Round passed through the dining area.

At 2pm the Committee, the Fire Brigade, the Forresters and other Friendly Societies marched through West Street and High Street to the grounds of Wivenhoe Hall, lent for the occasion by Mr Claude Egerton Green.

On arrival in the grounds the marching party sang the National Anthem and the fete was declared open by Dr Squire.

Within a roped area athletic events took place and prizes were presented to the winners of each event.

Following this part of the celebrations, at 4pm a free tea was provided in a marquee and all the residents of Wivenhoe were invited.

End of the Day

To end the day’s celebrations an open air concert had been arranged again attended by local residents.

I imagine by the time families started to make their way home there would have been many tired and sleepy children who no doubt ran their heart out to win a prize in a race.

I suspect there could well have been a few sore heads for the adults, and maybe not always so adult, who enjoyed any liquid refreshments that were available.

An occasion I think that will have lingered in the minds to be talked about for some days and probably weeks to come.