Maurice Green and others 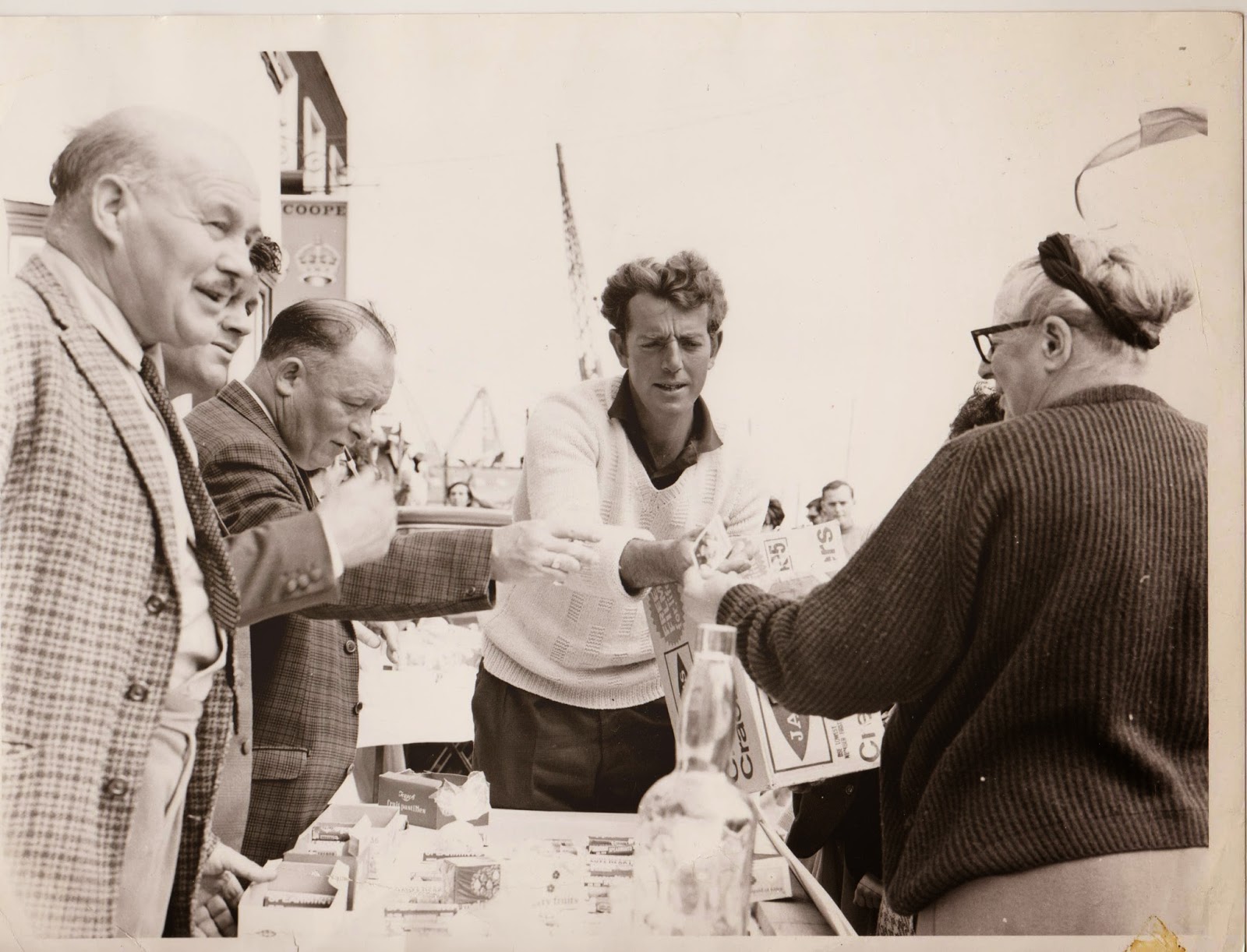 A regatta scene on the quay at Wivenhoe date unknown could be in the 1960’s.
On the left is Len Barton, Reg Harvey, Tom Endean,  Maurice Green and Lady Abrahall.

The  following text was contributed by Sally Glozier Green:
That picture was taken in front of the Nottage, where my grandparents, Harold and Molly Green were caretakers.  On one side of the Nottage was a card tombola and the other side was the egg and bacon game! Both stalls were for the Wivenhoe Charity Cup Committeen, for which my Dad, Maurice Green, was Treasurer.  I remember the Regattas clearly, they were packed, with lots of things happening on the water!!