You are here: Home>Topics>Events>Tendring Show>The Wivenhoe Tent at the Tendring Show - 2003

The Wivenhoe Tent at the Tendring Show - 2003

Promoting the best of Wivenhoe at the Tendring Show 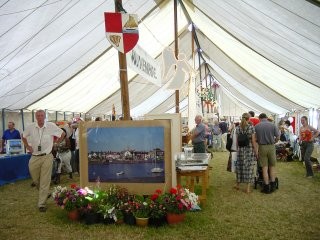 Robert Priseman's picture of Wivenhoe Quay in pride of place inside the Wivenhoe Tent.
Photo by Peter Hill 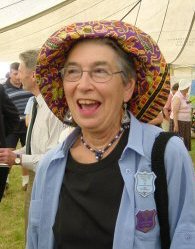 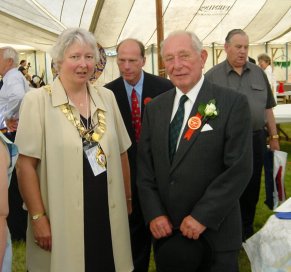 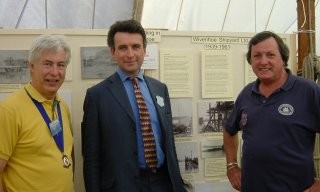 Peter Hill and Bernard Jenkin MP with Iain Ward, Chairman of the Nottage Maritime Institute, winners of the cup for the best stand 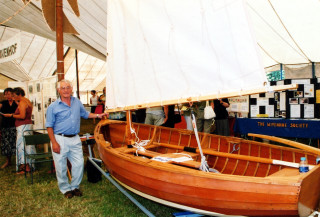 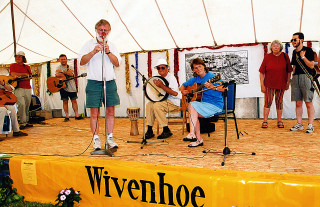 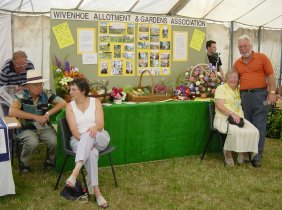 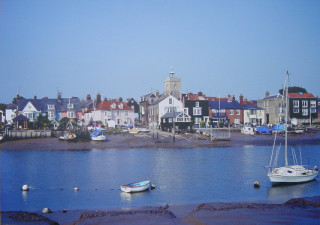 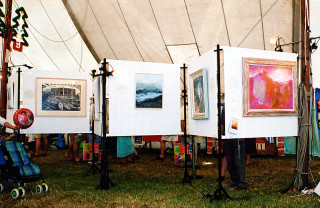 Wivenhoe organisers of the Community Exhibition hoped that as many Wivenhoe residents as possible would join the 20,000+ people who went to the Show the preceding year.  Certainly in the run up to the show, 300 residents had bought tickets to see the Show and visit the Wivenhoe Experience.

Nearly 20 organisations, plus the Town Council and both local schools put on a remarkable and unique exhibition to promote many different aspects of Wivenhoe.


The Tendring Show, was held on a perfect summer’s day on Saturday 12th July, 2003, and Wivenhoe people and organisations rose to the occasion to put on wonderful showcase representing some examples of what makes Wivenhoe place a special place in which to live and visit.

Several of these organisations and groups, appeared on the stage throughout the day, in a full programme organised by Tricia Faulkner.

The tent was decorated internally by Dave Sleightholm with some of the Christmas lights used to create a magical atmosphere in Wivenhoe during December.

Inside the 140 foot tent, was the new photograph of Wivenhoe Quay taken by Robert Priseman commissioned especially for the occasion.  It afterwards went on permanent display in the William Loveless Hall.

Hundreds of people came through the tent during the day and many favourable comments were made. Amongst those coming round included local MP, Bernard Jenkin and his wife, Anne. The Nottage Institute’s exhibit won a cup from the Tendring Hundred Show Committee for best stand, with Wivenhoe Allotment and Gardens Association getting 2nd place.

The exhibition also featured work by many of Wivenhoe’s professional painters and other talented artists who have helped build a reputation for Wivenhoe as an artistic community.

Wivenhoe organisations and others who put on displays in the Community Tent were:

A live show ran throughout the day, featuring some of the performing talent, regularly seen at various productions and events in Wivenhoe.

Some of the artists who displayed their work included:

++ Click here to see some more photographs of that day ++