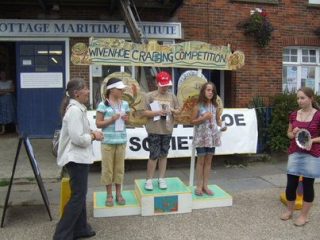 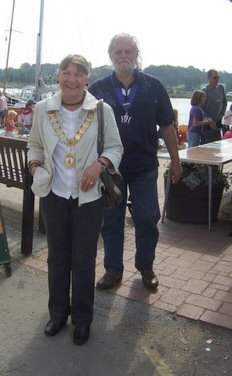 Town Mayor, Cllr Frances Richards and her husband, Peter, who enjoyed the event as well as presented the prizes
Photograph by Jeannie Coverley 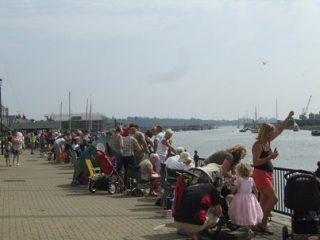 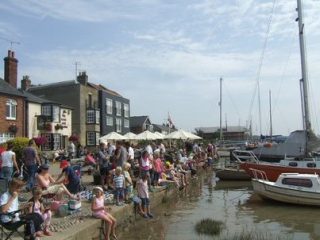 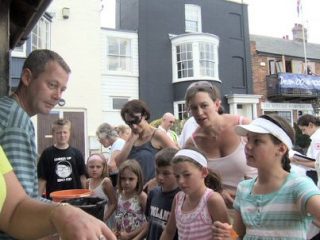 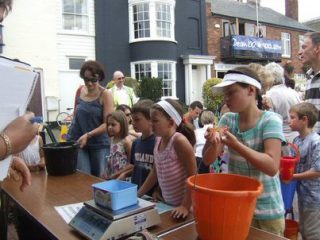 Weighing in, contestants looking for the heaviest crab, which was caught by Holly Saunders
Photograph by Jeannie Coverley


An estimated 350 children and 1,000 spectators lined up along Wivenhoe’s quayside to see who could catch the largest crabs in the River Colne. Volunteer officials from the Crabbing Committee were on hand to ensure the crabs were treated kindly and were put back into the river carefully after the weigh-in.

Approximately £900 was raised by the event which will be shared between the Wivenhoe Youth Bus as well as Broomgrove and Millfields Schools.

Note: All crabs are returned safely to the river after the event.