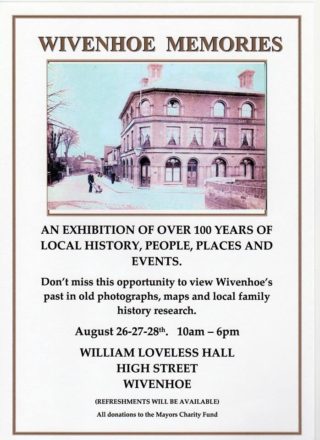 Gina Stannard and her brother holding the Will of one her family members which she found at the Exhibition.
Photo by Peter Hill 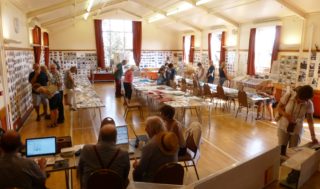 John Stewart held another very successful exhibition of his vast collection of photographs of ‘old’ Wivenhoe, maps and local family research over the August bank holiday weekend 26th – 27th – 28th August 2017. From 10am to 6pm on each of the three days he had people in the Hall.

He is continually adding to the collection and so there is always something new to see and, for many people, the potential opportunity of meeting up with some ‘old’ faces.

He had two separate people from Australia and one from the USA. One of them from Australia, Gina Stannard, had purposefully managed to coincide her visit with John’s Exhibition on an annual visit to see her father and her brother. Gina has been researching her family tree and discovered she has strong connections with the Rand family who lived in Wivenhoe and lost two members of the family in WW1, these two members having emigrated to Australia before the War and who signed up to fight in it.