An 85 acre site offering views of the River Colne and surrounding countryside. 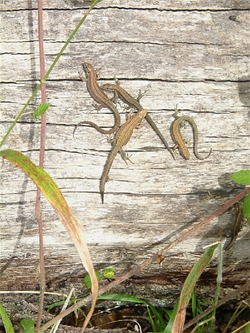 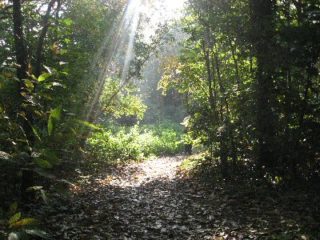 The Colne Local Nature Reserve lies on the north side of the river Colne on rising ground between Essex University and Wivenhoe. This is an 85 acre reserve consisting of 3 main areas. Wivenhoe Woods is a mixed coppice and secondary woodland. Ferry Marsh is a former grazing marsh and Lower Lodge Farm is mainly scrub and grassland.

Wivenhoe Woods covers the largest area of the reserve and is found at the central and southern end. The main woodland tree species are Sweet Chestnut although there are a total of 16 tree species on the site including Oak, Field Maple and a number of small Elms.

The Woodland is managed by rotational coppicing. Coppicing is a traditional way of managing trees. Trees are cut down to ground level to create stools. The tree then puts its energy into creating vigorous re-growth. Coppicing creates an ever changing local environment and range of habitats which increases the number of species a woodland supports.

Spring is a good time to visit the woods when the woodland floor is a carpet of woodland flowers. Bluebells, Wood Anemone, Yellow Archangel, Greater stitchwort and Common Dog Violets are just a few of the spectacle that is on display.

Lower Lodge is a grassland to the north of the reserve. It was farmed until the 1980’s and became public open space when the adjacent housing estate was built. This part of the site is mainly managed as grassland with sections cut every 3 years to prevent scrub from encroaching. Paths are cut through the long grass for walkers and this part of the reserve offers the best views of the Colne valley.

Lower Lodge has been used as a receptor site for the Common Lizard which were translocated from land that was developed in Colchester. They can sometimes be seen sunning themselves on fence posts and tree trunks.

The eastern edge of Lower Lodge is bordered by a row of impressive Oaks which would have once formed part of an old hedgerow.

Ferry Marsh is a former grazing marsh that has a range of habitats. These include a brackish water ditch system with associated marsh and swamp habitats. The marsh supports a variety of birds, plants and aquatic invertebrates.

Otters have been known to use the site and there is a good water vole population in the ditch system. In 2010 the ditch system was extended to extend this valuable habitat.

For further information and management plans go to: