The answer to a wartime emergency 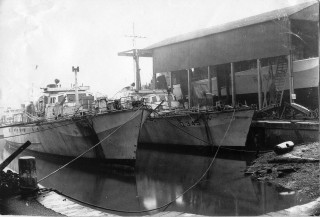 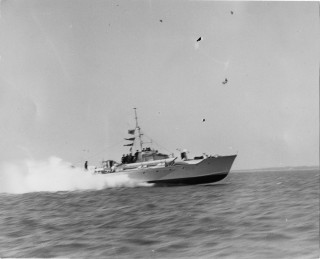 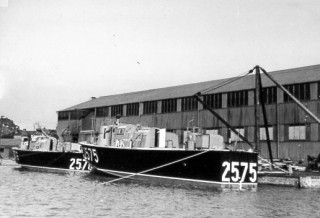 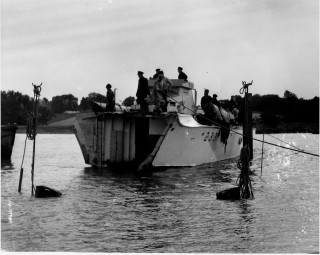 MTB 233 lost her bows in a collision in the North Sea. Somehow, her crew managed to get her back and up the river to Vosper's yard. She was successfully repaired and put back into service.
Nottage Maritime Institute 02853c

In July 1941 Vosper & Co. Ltd took over Husk & Son’s yard, and the former premises of Cox & King.  They needed a safer place to build wooden MTBs after bombing had threatened to destroy their Portsmouth yard.

A large hanger-like building shed was constructed over the slipways.  This shed was not just to protect the workmen, but was mainly to provide a warm environment for the synthetic resin glue used to set hard, and also to allow work to proceed after sunset during the blackout.  Before they closed in 1946, a total of eighteen boats had been built and thirty five repaired.