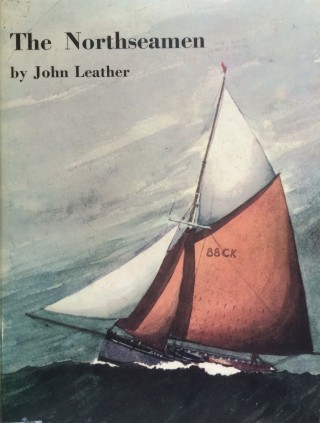 The book describes the story of the fishermen, salvagers, professional yachtsmen and ship and yacht builders of the Colne and Blackwater rivers. It is mainly concerned with events after 1700 but sometimes refers back to the sixteenth century.

The first six chapters look at fishing in its many forms: stowboating; the deep sea smacksmen; the oyster men’s journal; portrait of a salvager; trawlers, dredgermen and wildfowlers. The next eight chapters examine yachting, including: the cutter sailors; the racing men 1830-90; and in 1890-1939; laying up and fitting out; the flying fish sailors; ‘a lifetime sailing’; the King’s Britannia; Essex yachtsmen and the America’s cup. The final seven chapters explore the lives of the shipbuilders: ‘the brave old days’; Colneside and the wooden walls; wood and iron; the Harvey story; steel and steam; Aldous of Brightlingsea; and sixty years of shipbuilding.

The waterside world revolved around sprats – many catches were brought to Wivenhoe railway quay where the Bellmans, father and son, hooked the fish up in baskets to load into the waiting vans. The sprats were distributed by rail for manure. There were also extensive oyster layings at West Mersea owned by the Heaths of Wivenhoe. William Sandford, the Wivenhoe oyster merchant of ‘one hundred and sixty-eight years ago’ lived in Trinity House in Wivenhoe. His ledgers ‘capture the unsophisticated spirit of the early nineteenth century’; he owned together with his brother, Thomas, a smack, a skiff, a packing horse, oyster pits and all the gear for the working and retail of oysters.

Yachting was the saviour of the Colneside in the nineteenth and early twentieth centuries and fishing became complementary to professional yachting; the summers were spent yachting and the winters fishing, a state of affairs which lasted until the war years of 1939-45. Wooden ships continued to be built until 1962 with steam ship building being introduced in 1890. By 1962 the number of shipyards had diminished – contracted from five to two at Wivenhoe and Brightlingsea. At the time of writing he refers to Wivenhoe putting on ‘a bold maritime front with a busy and expanding steel shipyard, while small yachts and racing dinghies bring weekend life to its mellowed quayside where fitting out never seems to end’.