A major fire which threatened the whole of lower Wivenhoe 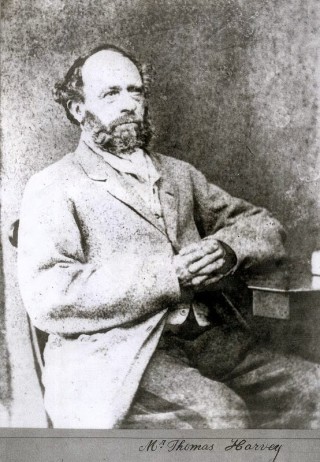 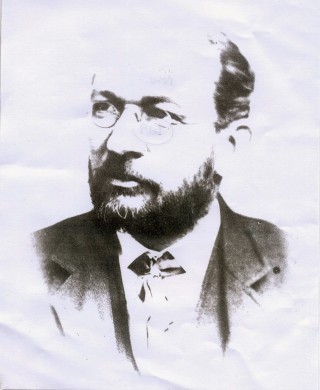 Shipyard fires were not uncommon, especially in the age of wooden ships.  The fire of 1872 at Harvey’s upstream yard was particularly severe, destroying much of the yard and a number of neighbouring houses.  Fire fighting equipment was rudimentary and although the yard had an engine on site it was itself destroyed in the blaze leaving the yard reliant on assistance from Colchester.

Speculation of a deliberate act

Nick Butler in his book The Story of Wivenhoe speculated that the fire may well have been started deliberately as a result of internal feuds within the Harvey family, this was stated as such in the bankruptcy proceeding that followed.

Husk’s shipyard also suffered a fire only six years later, in 1878, Nick Butler noted that the Wivenhoe engine was soon in attendance, so it may be that the 1872 fire had highlighted the need for a Wivenhoe based fire engine.

The Ipswich Journal of Tuesday 27 Aug 1872 has the following report:

A fire broke out on Sunday in Messrs. John Harvey and Co.’s shipyard, at Wivenhoe, near Colchester, which was not arrested until the premises in the yard had become a total wreck, and nine or ten families had been rendered homeless by the destruction of house property there were only three vessels in the yard which was unusually clear of craft.

The best addition to the long list of fine yachts built by the firm was on Thursday last, and on Saturday the owner of that vessel, the Softwing (Mr Courtauld), gave a dinner to the workmen, about 80 in number. The party took place in the middle floor of the building situated at the North East corner of the yard and which consists of a nail warehouse below, the floor in question (used for laying out ship-lines and drawing offices), and a screw loft above.

It was in this loft the fire first appeared. Yet there had been no communication with the place after four o’clock, when the iron ladder to it was removed in order to give more room to the chairman of the party. The premises were clear of the men at 10 o’clock, and when Mr. George Pryer, the active draftsman to the firm, looked round the premises at 11 previously to retiring, all was safe.

A few minutes before 12, Mrs. Joseph Harvey, who resides at the beerhouse at the opposite corner of the entrance to the yard, saw that a fire had broken out in the loft in question. Her husband not being at home she at once ran to the house of the foreman Burr, residing near the Church and claimed his assistance. Meanwhile the flames had been seen by Mr. Joseph Harvey himself, who was walking on the quay with Police Sergt. Hewitt. They, with others, ran to the spot, and it was seen at once that a great conflagration was at hand. Mr. Geo. Harvey’s horse was requisitioned to go to Colchester for the engines of the Essex and Suffolk Equitable Office, and young Carrington was the messenger. The fire had already been seen at Colchester when he arrived, and most of the fire brigade had assembled at the engine house. Horses were obtained from the Cups Hotel, and first one engine started and then, another, the first arriving at Wivenhoe at one o’clock.

By that time the fire had assumed its largest proportions. The men first on the spot had attempted to get out the small fire engine which is kept on the premises, and before now has done good service at other fires in the village but before it could be removed to where they could work it it had become surrounded by the spreading flames and it had to be abandoned, and it shared the fate of other property in the yard.

There was a row of houses covering the East end of the yard; indeed several of them had been converted into workshops or warehouses by Messrs. Harvey, who owned all of them but one, and great consternation existed in those which were occupied, including the one next the river’s edge, in which lived Mr. Thomas Harvey, one of the firm. The furniture was fortunately mostly removed before the flames took sole possession of the places, but of course the burnt-out people will experience considerable loss in addition to the inconvenience of finding themselves houseless.

One poor woman (Mrs. Oakley) had the melancholy duty to perform of carrying out of their house her dead child, which was already in its coffin. Mr. Joseph Harvey’s residence and the Mariners’ beerhouse were only partially cleared, one man, a mariner on board the schooner Thomas, working so long in dangerous proximity to  the flames that he was severely scorched, especially in the face, and had to be conveyed to the Colchester Hospital.

Amongst the men rendering assistance were, as usual, some “loafers,” who, whilst getting the barrels of beer and porter from the cellar, broke in the head of one cask, and gave rise to some drunkenness. The scene towards morning was a most melancholy one. On the one hand was a conflagrations which has not only destroying much valuable property and throwing about 80 persons out of employ, but nearly a dozen families were rendered homeless. Their furniture was scattered all along the quay and in other people’s houses and gardens.

Returning to the work which the fire engines were performing, we may mention that upon arriving at the scene the Superintendent, Mr. George Beaumont, found that the water, being at low tide, was so far distant from the bank of the river that the engine suction pipe was too short to reach it, and the engine had to be placed on the hard, some 150 yards off. This made the pumping very difficult, but the men worked with a will.

The cry of the inhabitants was, “Save the village,” and the firemen set about conquering the flames which had already seized upon one or two on the opposite side of the road and adjoining the Independent Meeting-House. The latter had a most narrow escape, as it was is somewhat injured on its West side. Its protectors could not rely alone upon the engines, and some thirty persons were engaged in throwing water from pails upon its threatened side.

The West side of the ship-yard was also being saved by individual efforts. Early in the fire’s progress, Messrs. Harvey’s men launched in a most unceremonious manner the smack Aurora, which was on the patent slip for repairs, and thus saved one piece of valuable property. Next to this, on the West side, was the pretty little steam-screw yacht Idler, the property of Mr. A. B. Cook, of Albany Street, Piccadilly; and Mr. Pryer, assisted by the vessel’s captain (Mr. Sanson), set about saving it from destruction. So well did they work that they succeeded, although the blocks which supported it on the slip were often alight and much charred.

Thus not only was this vessel, valued at £600, saved, but a large yacht next to it was preserved. Five rowing-boats, including a valuable one belonging to Mr. Alfred Neck, solicitor, Colchester, were also saved: they were slung up in one of the high sheds, and the first four (including the well known boat, The Joe) were got out without mishap, but when that of Mr. Neek was being let down, one of the spauls gave way, and the boat fell upon the platform and half-a-dozen men with it. One man, named Thomas Harris, was slightly injured.

It was five o’clock before the flames were completely mastered, but the engines did not cease to work until six o’clock on Sunday evening. The property destroyed include a new blacksmiths’ shop and boat building shop (not insured), all the building sheds but one; the warehouse, containing valuable veneers, fancy woods, and over a thousand pounds worth of brass and copper work; office, containing drawings, records, and designs which cannot be replaced; workmens’ shops, with tools valued at £400, if each man placed no higher value on his chest than £10; the works of the patent slip, the massive iron wheels of which were at one time red hot; moulding and moulding shop; blocks and blockhouse; the house of Mr. Joseph Harvey, insured for £300; the house of Mr. Thomas Harvey, not insured; several miscellaneous workshops; the residences of Mrs. Pattrick, widow; Hurrell, yachtsman; Oakley, fisherman (whose dead child was removed to Mrs. Turner’s), all next the yard.

On the other side of the road, the cottages destroyed were those occupied by Mr. William Burr (who is also owner); John Bartlett, Mrs. Woodward, Mrs. Tarpin, and Mrs. Rodgers. The cottages occupied by Lammus, Oakley, and Cole were each cleared out, but fortunately the fire did not reach them. The latter named cottages and all the row belongs to Mr. P. Havens; the rest, with the exception of Burr’s cottage, belongs to Messrs. Harvey, all being copyhold.

Messrs. Harvey are insured in the Phoenix Fire Office to the extent of £4,000, but this will not nearly cover their loss. The scene of the fire was on Sunday and Monday visited by large crowds of people, chiefly from Colchester. It is expected that a public subscription will be raised with a view of assisting the workmen to buy new tools, and assisting those who lost their furniture.