About The Rowhedge Ironworks Ltd

And its connections with Wivenhoe 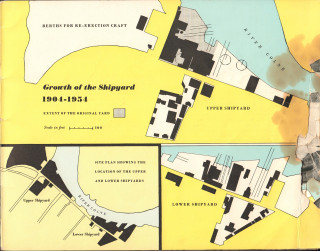 Rowhedge Ironworks operated from two yards on the Rowhedge side of the River Colne before acquiring the Wivenhoe Shipyard in 1939 to build ships for the Royal Navy. 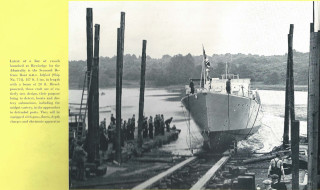 HMS Ickford was one of several vessels built for the Admiralty as a Seaward Defence Boat for use in detecting submarines in local waters. They were equipped with guns and depth charges. 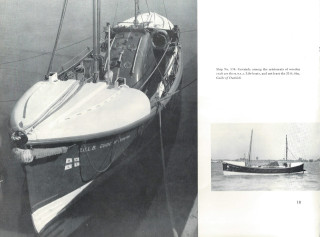 A wooden lifeboat, the Guide of Dunkirk, at 35 foot long, was a fine example of the quality of work undertaken in building and repairing all sorts of vessels. 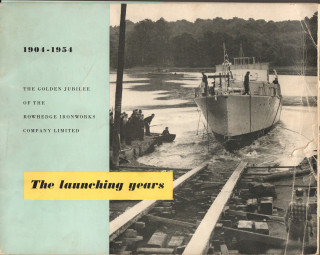 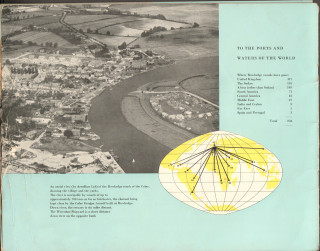 The Rowhedge Ironworks Company built 834 vessels between 1904 and 1954. Half of these were for clients in other parts of the world.

Bert Green (circled), Sue Thompson's father, photographed with other Rowhedge Ironworks workers in 1954. Quite a few men came from Wivenhoe; trades were shared between the Wivenhoe and Rowhedge yards. 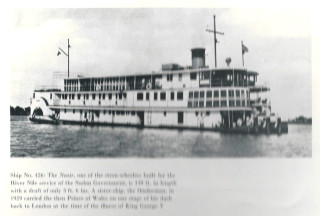 The Nasir was one of the stern-wheelers built for use on the River Nile around 1928. She had a draft of only 3 foot 6 inches. 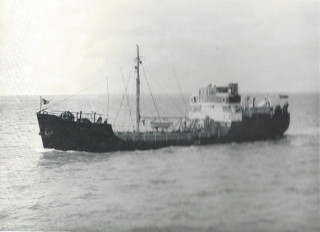 The Ben Hebden was the 6th of 7 such coastal tankers, with an overall length of 145 feet and 40 dwt.

It was in 1904 that Walter Oxton, Frank Masden and Lewis Foster borrowed the money to buy Donyland Shipyard Ltd at Rowhedge, and changed its name to The Rowhedge Ironworks Ltd.

It seems that the reason why the word Ironworks was incorporated in the title, although ships were no longer being built of iron, other firms used the word Ironworks and it was felt that the word implied ‘robust solidity’ which is what the founders wanted to convey.

900 Vessels were built at Rowhedge

The company and its two yards at Rowhedge existed until 1964. During this period it constructed some 900 vessels.

At its peak, the firm employed between 300 and 350 men, including some from across the river at Wivenhoe. One of those people was Sue Thompson’s father, Bert Green, who lived in Station Road, Wivenhoe. He would have been one of those people who used the Wivenhoe to Rowhedge ferry which was nothing more than a rowing boat but which served the purpose of getting people from one side of the river to the other, a distance of not more than 100 yards.

The company turned all types of small craft from tugs, fishing boats, ferry and pleasure craft, many boats with wooden hulls including some lifeboats.  A lot of vessels were commissioned by the British Admiralty for use by the Royal Navy.

In 1937 Walter Oxton died and Frank Butcher took charge of the company. When he too died in 1946, Walter’s son, Donald Oxton became Managing Director, having worked his way up through every department of the business.

The Wivenhoe Shipyard as a subsidiary of Rowhedge Ironworks

in 1939, a subsidiary of The Rowhedge Ironworks Ltd was formed to take over the former shipyard at Wivenhoe for the express purpose of building ships for the Navy. Otto Andersen & Company’s yard at Wivenhoe had been bought by National Shipbuilders’ Securities Ltd in 1936 and closed down in order to reduce capacity in the shipbuilding industry.  But in 1939, the situation had changed and the Government needed more vessels of different types for the war effort. The management of Rowhedge Ironworks seized the opportunity and acquired the yard under the name of Wivenhoe Shipyard Ltd.  Click here for more information about Wivenhoe Shipyard Ltd.

In all, 55 vessels were built at Wivenhoe for the Navy during those war years. After the war was over, work continued at Wivenhoe until 1961 when the yard was closed. See more about Wivenhoe Shipyard – click here

50 years in 1954 marked with a Commemorative History

In 1954, The Rowhedge Ironworks Company celebrated 50 years of its existence by publishing a commemorative booklet describing in considerable detail its progress through those first 50 years. During this time it had completed 834 boats of many different types and for customers in many far-flung corners of the world.  Whilst 417 of those vessels were for UK customers, the Sudan was a big customer commissioning some 155 vessels, many of them shallow drafted and shipped in kit form. Just over 100 boats went to other parts of Africa, others went to the Middle East, Central America and a few to such places as India, Ceylon, the Far East, Spain and Portugal.

To see a pdf copy of this Commemorative Booklet detailing these first 50 years, click on the 4 x pdf Downloads below. To get all 37 pages of the booklet, you need to click on each of the links below.