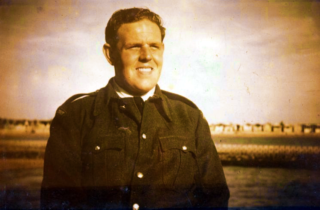 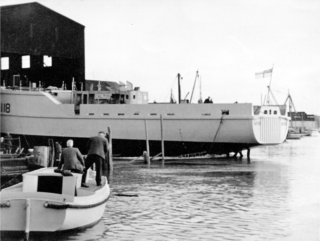 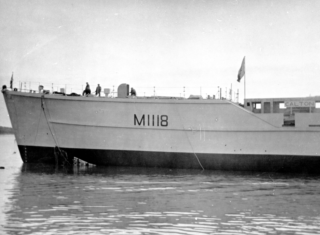 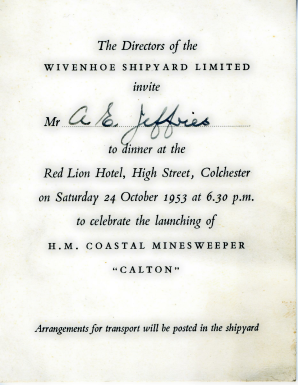 The invitation to Alf Jefferies aged 21 to the dinner to mark the launching of the Calton in 1953.
Copyright Lynn Ballard 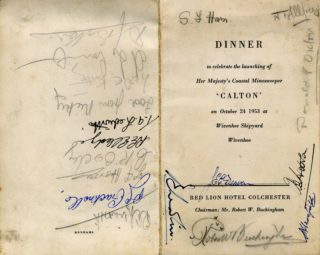 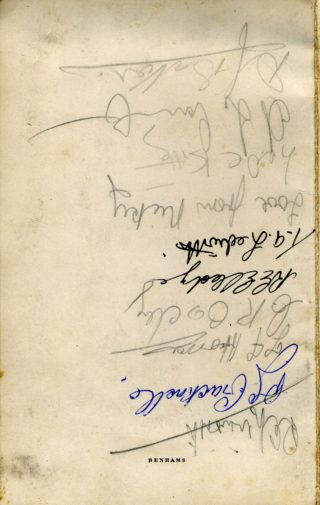 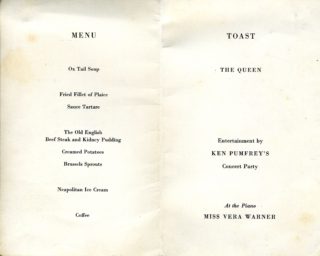 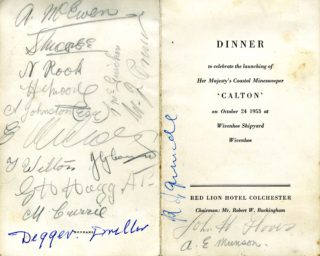 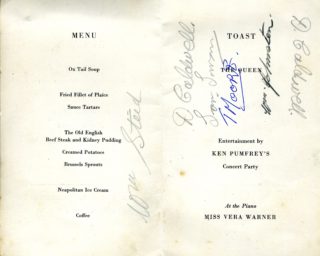 Alf Jefferies was 21 years old when he worked for Wivenhoe Shipyard in 1953. He took lots of photographs during his life, some of which are shown here including the launching of the HM Coastal Minesweeper ‘Calton ‘ on which he had worked. He along with with many other shipyard workers were invited to a dinner dance on 24th October 1953 at the Red Lion Hotel in Colchester to celebrate her launch.