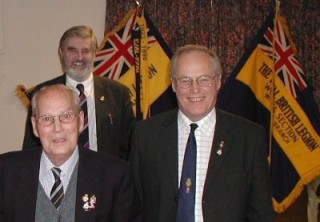 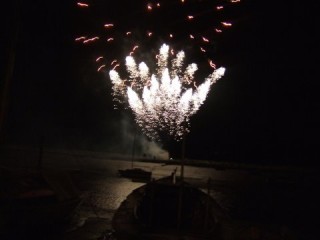 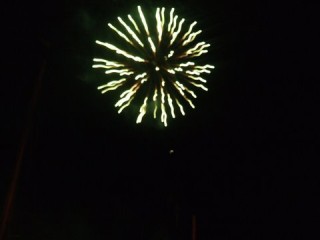 85 years young! On 15th October the Wivenhoe Branch celebrated its birthday following the founding of the British Legion in 1921.

Major Swann drew attention to the Legion’s latest campaign in welfare: “RETURN TO RATIONING” because recent research has shown that 38% of ex-Service pensioners report an income below the minimum required for healthy living.

Following an excellent buffet supper a presentation was made to our Vice President, Mr Ralph Moss, a Dunkirk veteran, who has been, and still is very active in the Legion at the age of 96 years.

Note:   A fireworks display was held on Saturday 25th October to celebrate the 85th birthday of the RBL in Wivenhoe. Crowds gathered on the Quay to watch a spectacular display of fireworks, whilst collectors with buckets gathered donations for the renovations required for the Branch premises on The Quay.