You are here: Home>Topics>Clubs & Organisations>About the Wivenhoe Community Trust and grants available

About the Wivenhoe Community Trust and grants available 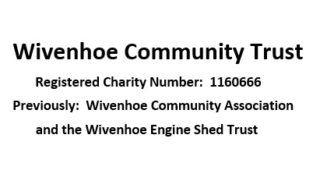 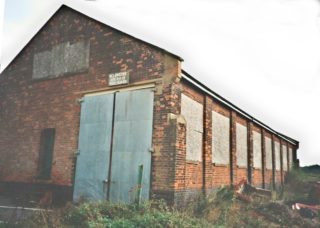 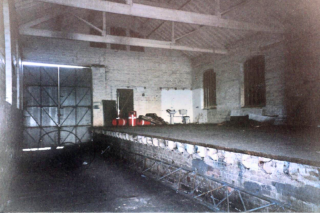 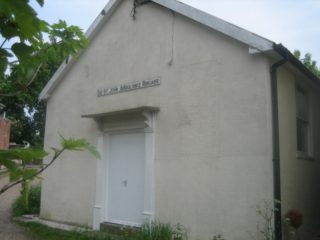 The objective of the Wivenhoe Community Association is to (a) provide facilities in the interests of social welfare for recreation and leisure-time occupation with the object of improving the conditions of life for the inhabitants of Wivenhoe; (b) to establish or to secure the establishment of a community centre or other such community asset.

Initially, the committee of the Community Association focused its activities on running a social programme based on the William Loveless Hall. It later took on the responsibility of running the Wivenhoe Carnival for a time after the Carnival Association had folded.

It became the Wivenhoe Engine Shed Trust (WEST) in 1998

Later, in 1994, the Wivenhoe Facilities Group, comprising a number of councillors and organisations, proposed that the performing groups should look for a building in Wivenhoe that might be suitable for performances rather than asking the Town Council to close the William Loveless Hall for 10 days each time the Wivenhoe Players, Wivenhoe Pantomime Group or the Wivenhoe Gilbert & Sullivan Society wanted to put on a show.  We had a look initially at the barns at Cross Farm but they were considered not big enough before settling on the derelict building in Wivenhoe station car park, known as the old Engine Shed. To see pictures of the building as it was in 1990s – click here

A new committee was formed and, after some encouraging discussions with Network Rail, it was agreed that the Wivenhoe Community Association should become the Wivenhoe Engine Shed Trust (WEST) and with the same objects as those adopted in 1985.

This committee prepared a feasibility study and drew up plans to turn the building into The Old Engine Shed Theatre and set about gaining support for the project. This was early days for the Lottery Fund which looked a promising funding source for a large capital grant that was going to be necessary to restore the building and turn it into useful community building. When Lottery funding was rejected because the Arts Council decided to support the Firstsite project in Colchester and our project was considered too ambitious, the committee re-wrote the strategic papers in favour of a Cultural Arts Centre in the hope it would appeal to the Heritage Lottery. We might have got some money from them but not enough to make the project viable and so attempts to do something with this building ended.

In 2011, WEST merged with the Old Chapel Trust to form the Wivenhoe Community Trust (WCT) to become the lead vehicle to try and acquire the St John Ambulance building in Chapel Road. This building had been empty for some time after the local branch of St John Ambulance folded and it was put up for sale by the St John organisation in London. The building had an interesting history.  It was built by the Wesleyan Methodists as a chapel in 1871 and used by them as such until 1901 when it became bought and later variously used as a parish hall by St Mary’s, a school, a workshop by Marjorie Dean Antiques, and a social centre until acquired by St John Ambulance Cadets who used it for meetings as well as hired it out for other community activities.  We lost our desire to turn it into a community-use building available to anyone for hire, and in 2014, it was demolished and turned into a potter’s workshop, art gallery and with an apartment above.

Having failed to achieve anything with the old Goods Shed in the station yard and lost out to the person who had bought the St John Ambulance building before we could, in 2015, the remaining trustees of WCT determined they would use the funds for capital projects of community benefit in Wivenhoe.  These funds amounted to nearly £20,000.

In 2015, after long discussions with then Charity Commission, WCT became a CIO (Charitable Incorporated Organisation) with a new charity number, 1160666, but with the same objects as the WCA when it was established in 1985.

Various projects have been considered and the following ones supported:

–  £1,250 to Wivenhoe Congregational Church for repairs to the storage facility used by Wivenhoe Gilbert & Sullivan Society and 3rd Wivenhoe Brownie

–  £2,000 to WDSFT for improvements at Broad Lane Sports Ground.

Various other projects are currently being considered.

Apply for a Grant

With our remaining funds, we aim to help ensure that what community space we do have in Wivenhoe is of good quality, accessible and inclusive, and to this end aim to provide grants to organisations for projects.  We will consider a project of any size. Ideally a project will have a lasting benefit as well as help a diversified community of people in Wivenhoe.

For more details and an application form, please contact Peter Hill on 01206 823073 or via email: peter@toadhall2.co.uk