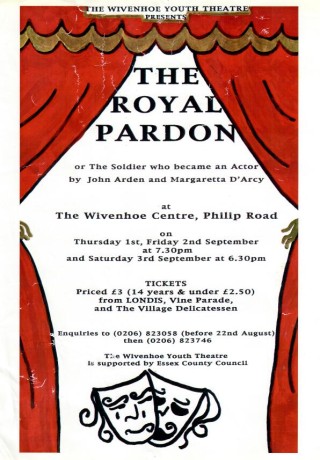 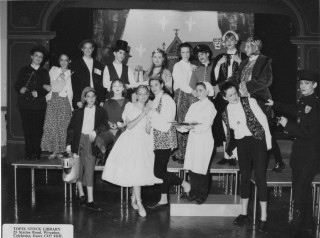 The cast of the first Wivenhoe Youth Theatre production, "The Royal Pardon" 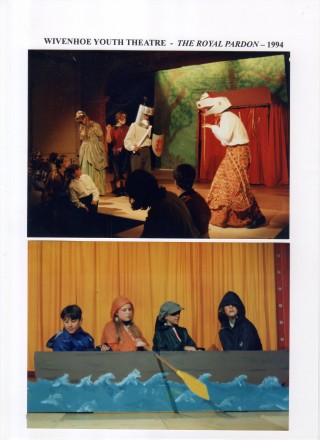 The Royal Pardon  was the first summer production performed by the Wivenhoe Youth Theatre in the Philip Road Centre.  The members of the Youth Theatre discovered that as well as acting, they must also create all the costumes, lighting, set and props, and advertise and sell the show.

The Royal Pardon, written by John Arden and Margheretta Darcy, tells the story of a young soldier on the run from the law who joins a theatre company who are heading for the French court to perform at the wedding of the English prince and the French princess.  Croke’s band of performers have adventures on the way, not knowing that handyman Luke is a fugitive.

Circumstances conspire to put the soldier on  stage, with his new found love, where he must ad lib a play with great ingenuity to appease royalty, and receive a pardon for his crime..