You are here: Home>Topics>Events>Peddling or Toy Fair>Fun and Games in the 19th Century

Fun and Games in the 19th Century 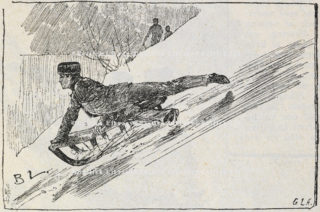 We may sometimes wonder how people in 19th century Wivenhoe amused themselves. No TV, no mobile phones.

Life was hard and people had to work hard to survive in many cases, but there was no shortage of entertainment on offer.

There were the type of sports that you might expect, such as football, cricket and there was also billiards.

There were some slightly more unusual pastimes such as a Miniature Rifle Club. Quoits, which must have been popular as there was a Quoits Club in Wivenhoe from 1888 to at least 1915. There was also a Quadrille Club formed in 1898 at The Falcon Inn.

Now here’s one that might make you wonder. A Smoking Concert at the Greyhound which was arranged by the Wyvenhoe Forresters.

There was also a ‘ Free-and- Easy’ smoker at the Park Hotel in 1893. I just have an image of men sitting frantically puffing on their pipes. Maybe it means something completely different but my mind boggles when I try to imagine what it could have been.

Another interesting event in 1888 was a Ploughing Match in a field lent by Mr. Girling. A newspaper reported how the entrance to the field was bedecked with hanging decorations. After the match the company repaired to The Flag.

But the one I like best which was also reported in the newspaper and I wonder if it was not done with tongue in cheek.

On Friday afternoon, 20th October 1888, it was given out by the Crier in Wyvenhoe that a sack of potatoes and some tea would be run for by men and women over 60 years of age from The Greyhound Inn at 3.30 pm.

No competitors appeared so the race was run by children.

What can I say? I would have turned up. Admittedly not to run but just for the entertainment value. This also made me wonder if the Pram Race run every year that was started in the 1980s as a Wivenhoe Carnival event and later an event in Regatta week came about in some way because of this first race. Although there is no prize of a sack of potatoes or even tea. But I suspect these later competitors were  perfectly happy with the case of beer given out as a prize.

Some of these pursuits have intrigued me so much that I am now on a quest to find out more. Maybe we should consider resurrecting this last event as a yearly event. I wonder how many competitors we would get today?