You are here: Home>Topics>People>Other People>A Ceremony for Wm Oakley 100 years after his death

A Ceremony for Wm Oakley 100 years after his death 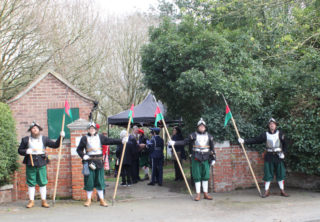 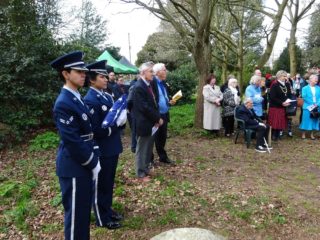 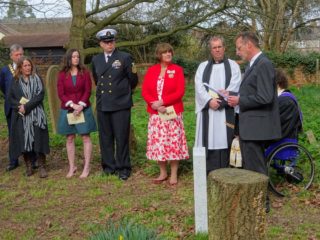 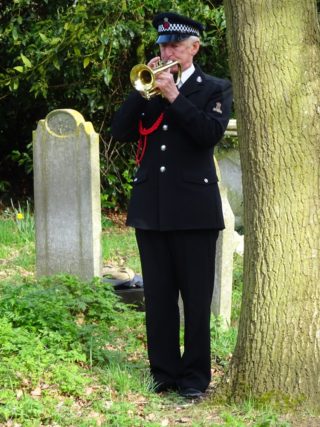 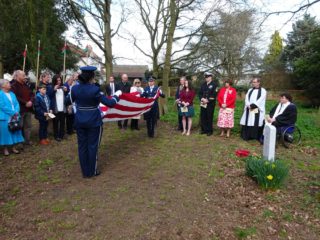 Two young Naval officers presented the flag of the United States to the surviving members of the Oakley family after demonstrating how it should be properly be unfurled.
Photo by Peter Hill 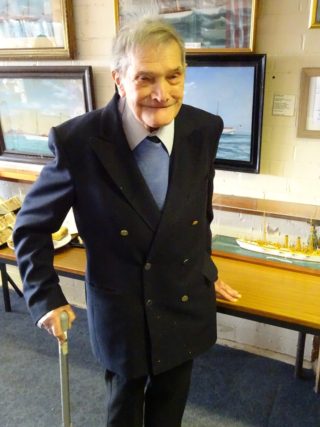 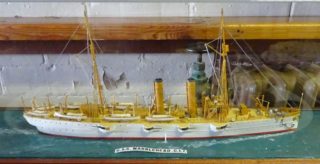 On Saturday 23rd March 2019, a group of people assembled in Wivenhoe’s Old Cemetery led by then Wivenhoe Town Mayor, Cllr Bob Needham, which included a number of councillors and guests in a small but dignified ceremony to honour a man who was considered a hero by the US Navy over 100 years ago and who was awarded the Congressional Medal of Honour in consequence.  Colchester’s Mayor Cllr Peter Chillingworth and Mayoress Ann Chillingworth, togetherwith Colchester’s High Steward, Sir Bob Russell, were also present.

Wm Oakley left Wivenhoe in April 1880 for the USA where he joined the US Navy. In May 1898 he found himself as Gunner’s Mate on the USS Marblehead in the middle of the 140-day Spanish American War. On 7th May 1898, whilst under heavy enemy fire, he was one of several men who were sent in a small boat to cut a transatlantic cable in the sea off Cuba to disrupt communications by the enemy, Cuba at that time being a Spanish territory.

This action was only recently recognised as William retired from the US Navy and returned to Wivenhoe where he died in 1918 and was buried in an unmarked grave.   A memorial headstone was presented by the American authorities in recognition of William’s efforts. Two members of the Honor Guard at the US air force at Lakenheath attended the dignified ceremony together with a representative from the US Navy, Chief Petty Officer Richard Taft, and his wife.

Colchester’s Town Watch were also present to make the occasion rather more special. William Oakley as a British subject is one of very few people to have been recognised in this way, he is buried in Wivenhoe’s Old Cemetery, one of only 10 recipients of the US Medal of Honor who is buried in the UK.

The achievement of getting William Oakley’s actions on 7th May 1898 was finally recognised in 2019 by the efforts of WTC employee, Michael Smither.