A very lovely lady, liked and respected by everyone who had the privilege of knowing her. 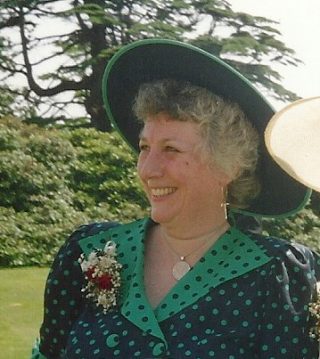 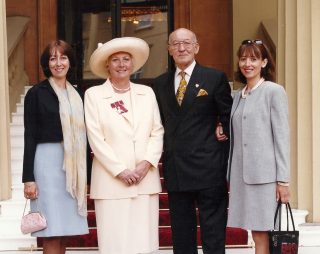 Jan Richardson in 1999 after the Investiture where she received the OBE.
Photo owned by Sarah Brooks Richardson 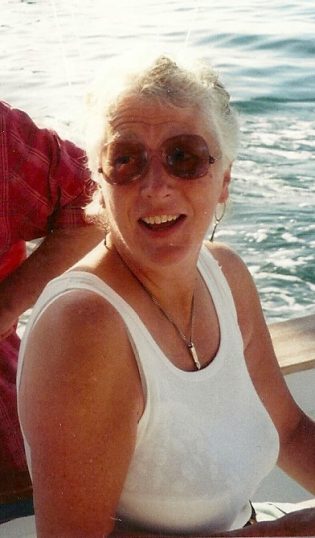 These words were written by Sarah Brooks Richardson a few days after Jan Richardson passed away at 8.15pm on Thursday 29th October 2020 peacefully, after a very short illness, with her family by her side. Paul Brooks and Jan’s close friend, Mary Hignell, contributed to this text.

Jan first came to North Essex in 1973, as an undergraduate, studying Economics. She met Bob Richardson and together they moved to Wivenhoe, Jan starting a career in the Civil Service, whilst Bob continued his career in the Fire Service. Jan was eventually awarded an OBE by the Queen, in recognition of her dedication and commitment to her work.

Jan was an adored stepmother and took this role to her heart, with her usual commitment and energy. She continued this role with her beloved grandchildren. She also made connection with her father’s family in Finland, and they exchanged many visits over the years. Jan described Finland as her ‘Happy Country’. After the death of Bob Richardson, Jan entered into a relationship with an old friend, Jonathan Williams, and they lived happily, travelled well, and enjoyed owning rescued greyhounds until his death in 2011.

Her local community of Wivenhoe has always been deeply important to her.  Jan found various platforms over the years, in which to support and enhance the town she so loved. She thrived in her early roles with the Wivenhoe Allotment & Gardens Association, the Horse and Groom Christmas club, which she ran for many years, and was deeply involved in the Cricket Club. She supported many independent local social events, where she was the Licensee. She became a Town Councillor in 1995, and Town Mayor in 1997. She was very hard working and supportive of her fellow councillors.  She left Town Council in 2003, though always remained a passionate member of the Labour Party and closely followed politics.

Jan was Vice Chair of Millfields Governing Body, serving also as their Maths Link Governor and Safeguarding Governor. Janet Meacock, Head Teacher commented that “Jan was not just a Governor, she was a friend of the school, its pupils and teaching staff”. Jan was a loyal member of Wivenhoe Housing Trust. As Trustee and Vice Chair, she was dedicated to her responsibility and as always, she was organised, fair and measured in her approach to any situation and helped house and support many local residents through this charity. Jan was also a prominent member of the Wivenhoe Helping Hands group.

Since leaving her Civil Service role, Jan has worked with the Colchester St Helena Hospice, in a variety of roles ranging the SinglePoint telephone support service to HR. She also supported the staff at RAD (Royal Association for Deaf people), on a weekly basis. Jan clearly enjoyed multi-tasking, but no one role suffered at the expense of another. Her brilliantly intelligent mind, well adapted to analysing and gently challenging, was finely tuned to enable her to provide support, ideas, and reliability to the many roles she performed.

Jan loved to travel, and did so with both Bob, and with Jonathan. She continued to travel independently, exploring places off the grid, feeding her curiosity for knowledge and new experiences. Her regret about this current Covid-19 situation was that she was no longer able to be of service to people, and that she could not travel.

Jan was a wonderful friend, stalwart, quietly supportive, accepting and uncomplicated. She has left a huge hole in Wivenhoe. She was a beloved stepmother, and an incredible grandparent. This intelligent, philanthropic woman, whose very existence was to help make life better for others, can be summed up by the words of her stepdaughter. “Jan was our ‘phone a friend’, our ‘go-to’, our rock, always there.” Her family, and the wider Wivenhoe community, can only be thankful to have had such a wonderful person touch their lives. Jan will be deeply missed yet always remembered with love, respect and adoration.”