Bill Ellis made replicas of boats built in the Wivenhoe yards

A model of the El Fateh, built in sections in Wivenhoe, and shipped to the Nile
Photo: Peter Hill 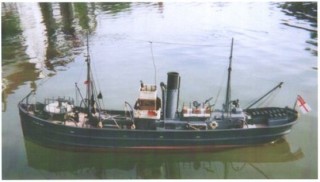 A model of the 'William Fall' a steam trawler built at Wivenhoe
Photo: Peter Hill 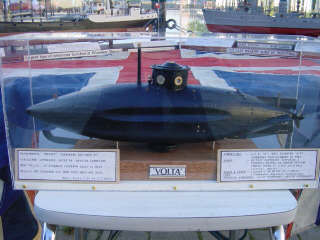 A model of the Volta, an early submarine built in Wivenhoe in 1905
Photo: Peter Hill 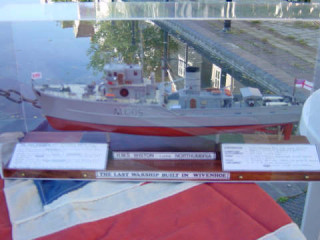 A model of the HMS Wiston, a minesweeper built in Wivenhoe around 1947
Photo: Peter Hill

Bill Ellis who sadly passed away in 2012 but during his life here in Wivenhoe made a number of replicas of boats built in Wivenhoe shipyards. Here are a few examples of them with notes given to me by Bill.


Built at Wivenhoe Shipyard in 1896 by Forrestt & Co. Ltd., together with 2 sister ships for the Kitchener Nile expedition against the forces of the Mahdi in the Sudan.

The vessel was equipped with electricity and searchlight.

With her sisters, ‘El Fateh’ was built in sections of steel and fitted with water tight bulkheads. Shipped to Alexandria in sections, the ships were transported up the Nile to Assouan where they were reassembled for action.

‘EL FATEH’ was commanded on the Nile by Lt. David Beatty R.N. later better known as Admiral Earl Beatty, commander of the Battle Cruisers at the Battle of Jutland.

Note: All the ‘Strath’ Class Trawlers built were named after Officers and men who served aboard ‘Victory’ and ‘Royal Sovereign’ at the Battle of Trafalgar,  See also this page about the William Fall – click here.

The experimental submarine Volta designed by A. Hiliard Atteridge and built by Forrests in 1905. It was powered by a number of batteries that powered two electric motors. It had a crew of 3 people and could manage 8 knots in speed. its range however was only about 40 miles before the batteries needed re-charging. For more about the Volta – click here

One of three ‘ton boats minesweepers built in Wivenhoe around 1947. Sister vessels were the Calton and the Northampton.

About Bill Ellis – A eulogy and an obituary – click here