Lived the last years of his life in Wivenhoe 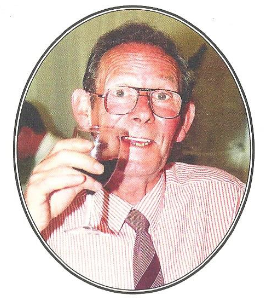 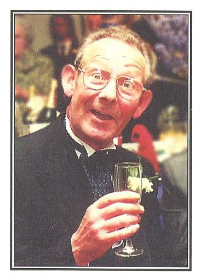 Brian was educated in Birmingham at King Edwards School Camp Hill. He trained in hotel management and catering at Birmingham Catering College, before National Service.

His career took him to the Berne Palace Hotel in Switzerland and then 16 years at the Garden House Hotel in Cambridge where he rose to become Managing Director. Reigate Manor Hotel then followed before coming to Scruples Restaurant here in Wivenhoe.

He was a keen sportsman and Bridge player as well as being a superb chef.

For the last 8 years of his life, he lived at Jonathan Feedham Court. He had been recommended to the trustees by Celia Hirst who had provided him with lodgings for some time.  Peter Hill, Chairman of Wivenhoe Housing Trust said:  “The Trustees considered his application in 2007 and felt his situation was such that he would be a worthy resident, and so he proved to be.  He was popular with the other residents at Feedham’s Court, often doing small jobs for his neighbours.  He was always jovial and good to be with.”

I first met Brian when was working in SCRUPLES,  Then again as a neighbour in Jonathan Feedham Court.  We had mutual friends in Anthony Everitt, Celia Hirst and Brian and Christine Johnson.  Brian, Brian J and Tony Stewart and I founded a little Snooker Group last year (2015) playing first at Rileys in Colchester and then moving to the Colne Social club in Park Road.  We were all very shocked when he passed away in Hospital after what should have been a simple operation.  We all miss his company and sense of humour.