These are the details of affairs when I became one of the Trustees of the Jonathan Feedham Charity. Dates and amounts of money are beyond me since this occurred 30 years or more ago. 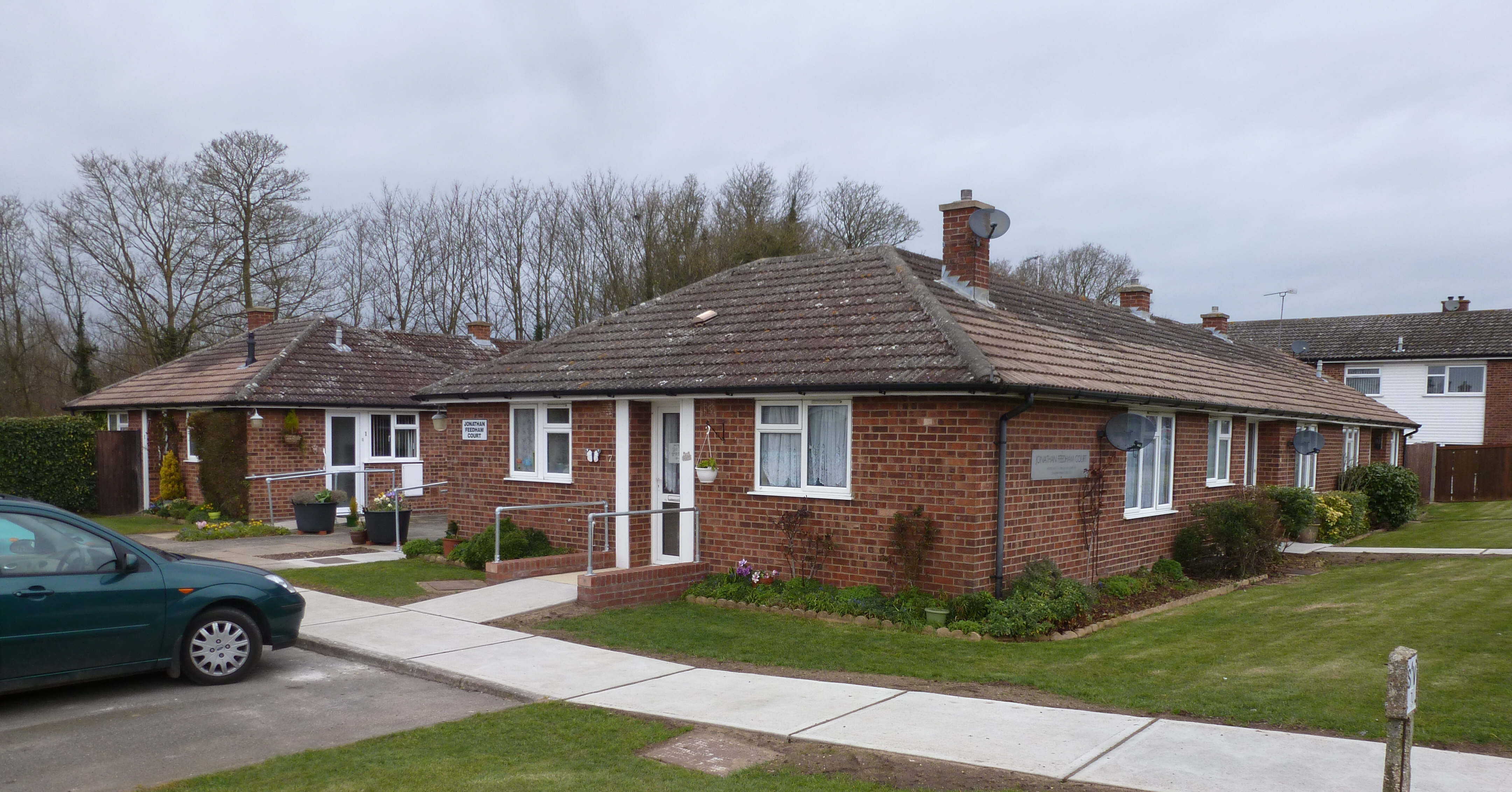 The view of Jonathan Feedham Court from Vanessa Drive

Wivenhoe Urban District Council appointed me one of the Trustees of the Charity in succession to the late Percy Chaney, whose photograph hangs above the stairs to the Council Offices.

The other Trustees were Rev D. B. Gaye and W. Cracknell, both now deceased, and I do remember that it was the last time we distributed money received from the tenants of the land, whoever they were.

Much work had been done to start the project of building the Almshouses, with Wivenhoe U.D.C being most helpful. The council buildings look similar to the Feedham ones and are in fact a full copy as Sparrow and Clater were the architects for both buildings. 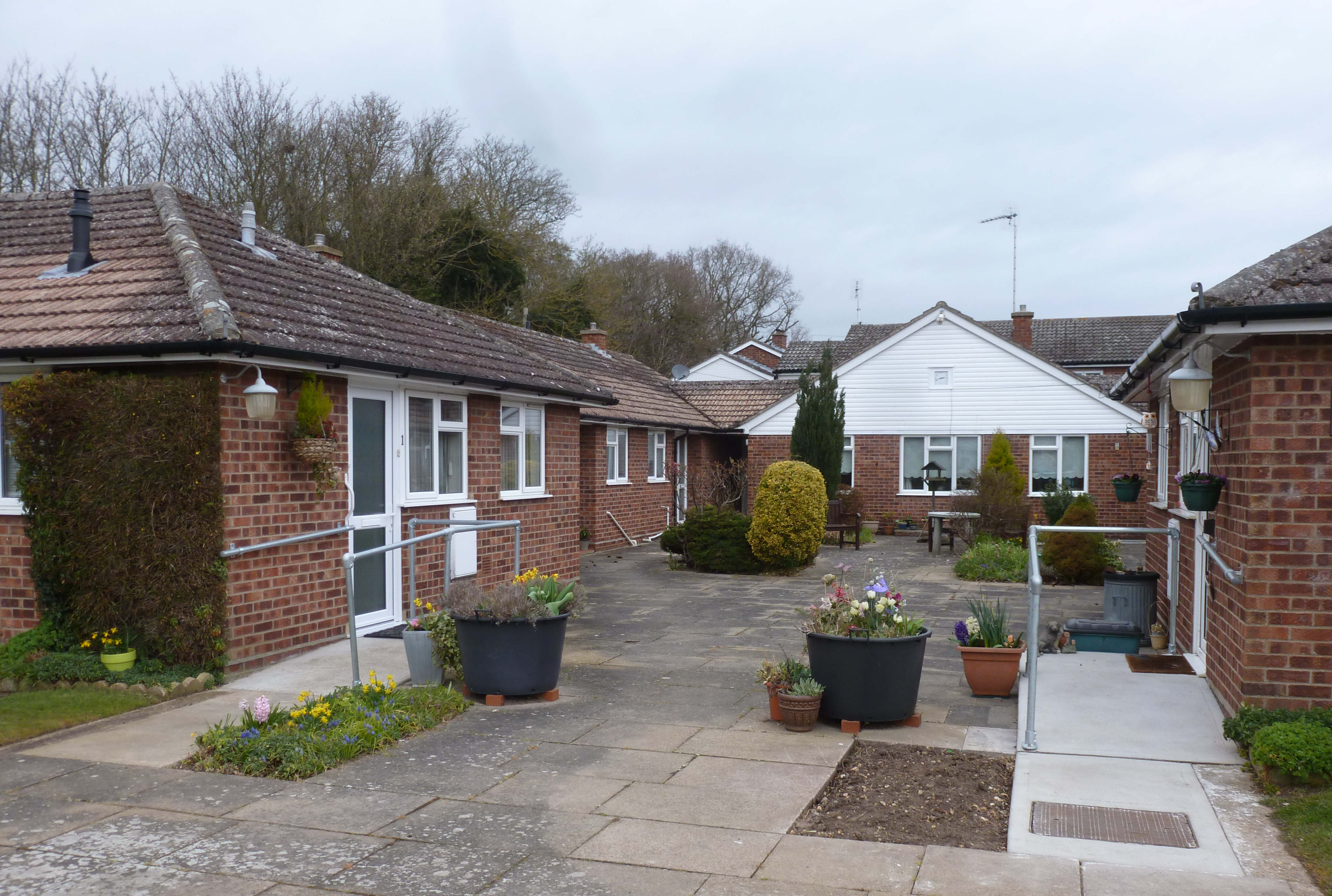 The Courtyard of Jonathan Feedham Court, off Vanessa Drive

The amount received from the sale of the land at the top of the village, off Elmstead Road, was a very pleasant surprise, being £41,000. This land was later developed and the road called Feedhams Close.

I think the expenses from the sale were £3,500. Instructions were received from the Charity Commissioners regarding the cash and we started on beginning the building. Many letters were exchanged with them so I suggested we visited the Charity Commission in London, in order to clarify a few matters. This we did with Rev Gaye and myself doing so many times, which did speed things up. We dealt with a Miss somebody and a I have always imagined that upon our departure that she would report upstairs and receive some more orders from her superiors, because within a few days of our departure, another letter would reach us. However, eventually permission to commence the building was obtained.

Sexton were the builders (I think), with R. Sparrow the Architect. Payments for work completed in due time were made, but as you know 10% of the value done was held until completion, when 5% was released leaving 5% of the total which would be held back until the end of the maintenance period (6 months) subject to the architect’s approval This caused consternation at the Charity Commission and Rev Gaye and I had to go to London again. It took me some time to explain this matter to them, along with a telephone call to R. Sparrow to collaborate the fact.

The number of Trustees was increased by the addition of Tony Forsgate and Roger Bacon. Reeman & Dansie undertook the running of the houses, rent collection, etc, with things going pretty well indeed. Eventually, I decided to stand down as a Trustee as I was due to retire from work and I also felt I had done enough.

During my time as a Trustee I was Treasurer and the bank account was under the name of “The Trustees of the Jonathan Feedham Charity”, c/o A. Paterson at my address.

One day I received a letter from the Inland Revenue addressed to Jonathan Feedham c/o myself, asking him about himself, etc. I ignored this letter, but a second came so I wrote back saying that Jonathan Feedham did not live at my home and that the only Jonathan Feedham I knew of died in the early 1700s and that as I did not know where he was buried, I could not dig him up.  Complete silence.