You are here: Home>Topics>Activities of the WHG>4 Major Projects of the WHG>Wivenhoe's Pubs & Beerhouses>Pat & Tom Smith, who ran The Greyhound from 1979 to 1987

They were happy days. They knew all of their regulars. 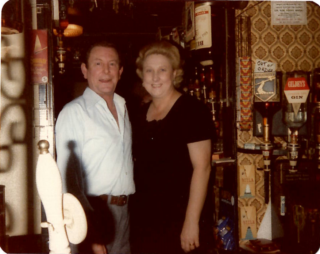 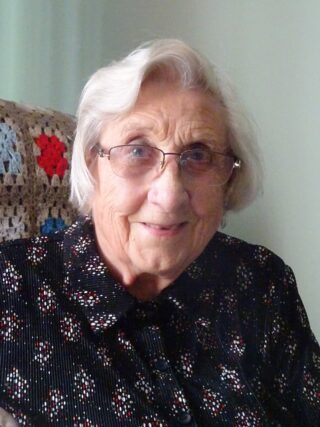 Tom and Pat came to Wivenhoe in 1979 from running a small hotel in Mistley called The Thorn with its two bars, eleven bedrooms and full restaurant serving breakfast, lunch and evening meals.  They looked for something a little less strenuous. Trumans, the brewery, suggested The Greyhound to them and they quickly decided it was right for them.

They stayed for eight, happy years before deciding to move on. The pub scene was changing; breweries wanted their landlords to sign 20 year leases. Pat and Tom decided they didn’t want to be locked into such a long lease without being able to exit freely and so they chose to go to Wales where Tom had some family. They found the Rock Hotel in Nantyffyllon, in Maesteg, in mid-Glamorgan with its six bedrooms.

Pat’s parents came to live with them but sadly her father died after 18 months. Tragically, Tom died six months later.

Pat stayed on running the hotel before deciding  to return to Wivenhoe in December 1993 where she had made many friends. She lived initially in Anglesea Road with her invalid mother before moving to a nice house in Lower Wivenhoe.

She has for many years now been a hard-working Vice-Chairman of The Wivenhoe Society organising many events for it and also for the Wivenhoe branch of the British Legion.