You are here: Home>Topics>Shops, Trade & Industry>Early Shops Trade and Industry>Smuggling>Story of the Black Buoy Public House under Reg and Jean Blackwell

Researched and written by Vicky Rosenthal 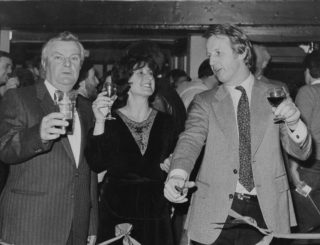 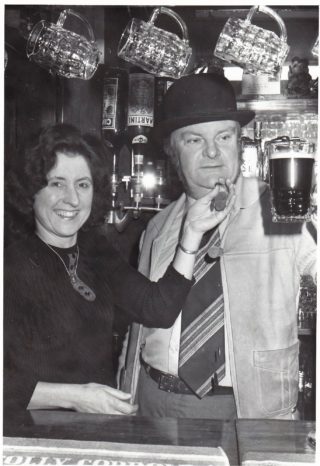 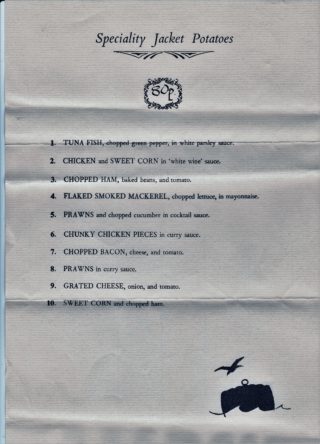 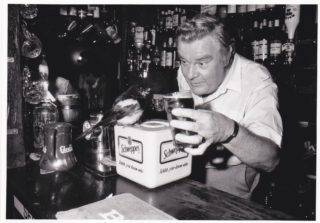 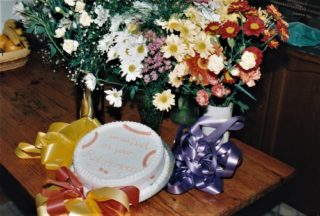 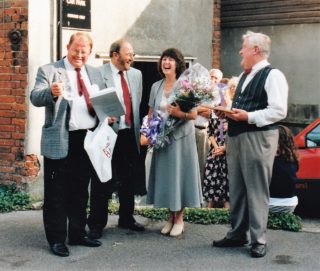 Farewell to Reg and Jean

A lifelong wish is fulfilled

Reg had always held the dream that one day, he would be the Landlord of his very own pub. He was already familiar with the licensed trade and had worked for Tolly Cobbold in the retail industry for 16 years.
By 1979, Reg was working in Colchester as the Tolly Depot Manager. However he realised that before he could become a Landlord, both he and Jean had to go back to school. So they both attended a licensee training course in Derbyshire. At this time, Reg had already applied for the position as Landlord of the Black Buoy. Although they found the course tiring, upon their return to Colchester they heard that the tenancy to the Black Buoy was theirs. But time was short so they had to move quickly and had only three weeks to move in and take over the tenancy from Peter and Gaye Webster.

Beer at its pre-war price on offer

In February 1980, just a year after he had taken over the Black Buoy Reg sought to promote the opening of his new restaurant and had a brainwave – he announced with help from the Evening Gazette that he would sell beer for twopence a pint (the equivalent of just under 1p in new money) but there was a catch – Reg insisted that the customers would have to pay with “old” money which was the pre-decimal coinage of pennies, threepenny pieces and farthings! Luckily Reg had kept a stash of the old money himself so was able to give change out. The brewery was keen on the idea too as they were launching a new beer at the same time and were delighted to donate 18 gallons of it. The evening was a success and Reg was quoted as saying “It was a fantastic evening but I am a bit out of pocket after it but the four directors who came down from the brewery thought the event was good fun!” They raised nearly £5 in “old” money that evening and pulled 560 pints of beer.

Jean almost becomes a national treasure (for baked potatoes that is)

The pub became (and still is of course) one of Wivenhoe’s favourite drinking holes and Reg and Jean always made customers welcome and knew most of their names as well. There was a limited menu on offer but gradually Jean’s culinary skills grew from strength to strength and her baked potatoes earned her national fame. She came in at number 30 in the top final of a national competition to find the best pub snack priced under £2 run by the licensees’ trade paper “The Publican”. Even Marguerite Pattern visited the Black Buoy to sample Jean’s chicken and sweet corn baked potato which at 80p came well within the price limit.

In 1983, one of their customers won a competition run by Marlboro cigarettes. Good for them one might say, but even luckier for Reg and Jean as the hosts of the winning contestant were offered a week’s holiday in Spain where they would enjoy a well-earned rest and perhaps enjoy being on the other side of the bar for a change.

Mac takes the Black Buoy to the National papers

September 1987: Mac, the then Daily Mail cartoonist must at some time have had some connection with Wivenhoe. The Black Buoy was featured in the Daily Mail not only in detail, but with caricatures of some of the regular customers at that time. One cannot help but spot Reg behind the bar and Lally, a regular customer sitting in her favourite seat – woe betide anyone who tried to sit in THAT seat!

Fire in the Cellar!

December 1987: Like most pubs, the Black Buoy had an ice-making machine which unfortunately developed a fault causing a fire in the cellar. The fire brigade was called and two firemen with breathing sets stopped the fire from spreading in about 45 minutes. However, true to form, Reg opened the pub as normal but a touch later that evening

July 1988: No – this wasn’t a new launch of beer, it was in fact a magpie which became a regular at the Black Buoy. “She” (well she was called Maggie so one must presume) turned up every evening at 9.30pm, flew around the pub and fell asleep on the bar before going out again in the morning. Reg thought that Maggie was obviously used to humans as she was very friendly but nobody had reported a lost magpie. From then on he always made sure that Maggie had a nice breakfast of bread and raw meat before leaving the pub in the morning.

By 1990, Reg had renewed the tenancy of the Black Buoy again but this time with joint tenancy with his son, Richard Blackwell. Their two names were shown on the actual tenancy agreement. Whether or not he had it in his mind that eventually when he retired he would hand over the tenancy to his son was not known but that in fact is what he did.

1995: After 16 years of running the Black Buoy Inn, Reg and Jean decided to retire and hand over the pub to their son, Richard Blackwell. It was thus a sad day in Wivenhoe to say
goodbye to them both. Reg and Jean had made many dear and loyal friends in and around Wivenhoe. They and the town turned out to give them a wonderful send off and to wish them well.

As mentioned before, Richard, Reg’s son took over the pub and was very keen on introducing a varied menu. In fact he introduced Balti cuisine to the Black Buoy which went down quite well with some of the locals. His sister Alison assisted him in front of house as Richard was more comfortable being in the kitchen. His menus were quite colourful – perhaps written with “tongue in cheek” but nonetheless witty with a good choice of food and beverage.
He ran the Black Buoy for a few years but the pub changed hands a few times before it was nearly closed altogether. Thankfully it was saved by the Wivenhoe community who to this very day run it extremely successfully and long may they do so.

More information about the history of the Black Buoy

Originally named the Black Boy (after the 17th century king, Charles II, because of his black hair and dark complexion), the pub dates from at least 1712 when it was one of fifteen public houses in Wivenhoe. Past landlords, such as the 19th century owner and boat-builder Thomas Harvey, mark out its nautical history. In 1912, the pub was re-named the Black Buoy by landlord Captain William Ennew, reflecting his career and the interests of his maritime clientele.
Smugglers
A smuggler’s tunnel in the cellar, which probably led to the quay or the church, is one of several in Wivenhoe. Smuggling was big business in the area and numerous Wivenhoe vessels were seized for smuggling in the late 1700s and on into the 1800s. The Black Buoy must certainly have been the meeting place for a range of maritime folk, from sea captains and shipbuilders to smugglers and customs men – perhaps even pirates. As recently as the 1970s, sea captains met here every 21st October for a Trafalgar Dinner commemorating the Battle of Trafalgar in 1805.