There have been many characters at the Allotments. Here are some pictures of just a few of them. These are some of the people who have helped to make WAGA (Wivenhoe Allotment and Gardens Association) the thriving organisation it is today. 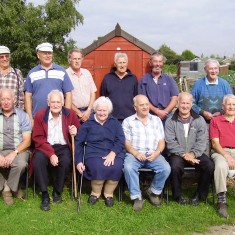 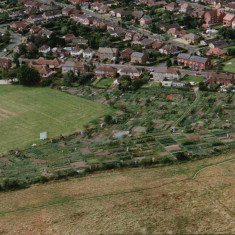 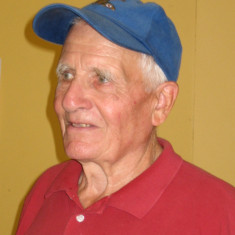 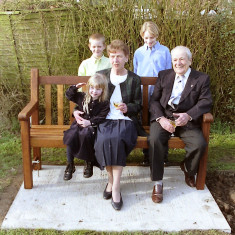 Pat Green and her grandchildren with George Atkinson, Chairman of WAGA, at the presentation of a bench in memory of Maurice Green.
Photo by Peter Hill 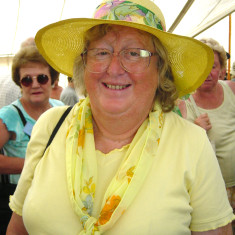 Di Duffield, Secretary of WAGA, at the Tendring Show in 2003
Photo by Peter Hill 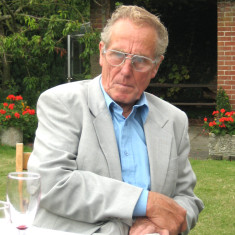 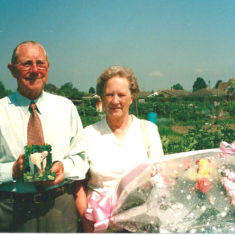 Roy Hemstedt and his wife on his retirement as Treasurer of WAGA for a very long time (nearly 30 years?)
Photo by Peter Hill 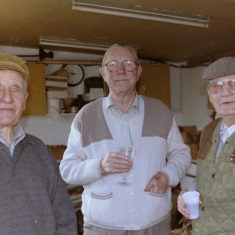 Phil Faucheux, Roy Hemstedt, and Ralph Moss in one of the huts
Photo by Peter Hill 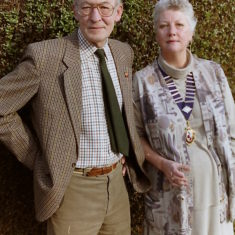 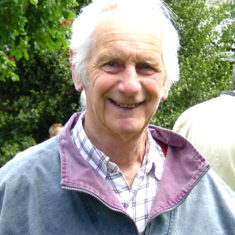 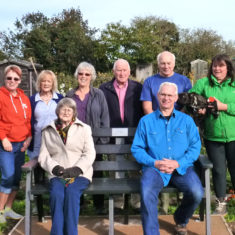 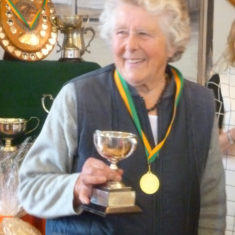 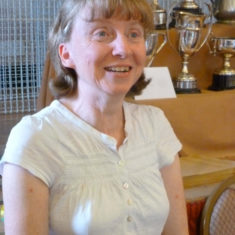 Jan Sheldon who was the Show Registrar for the Wivenhoe Show for 5 years retiring from this position after the 2018 Show.
Photo by Peter Hill (taken in 2016) 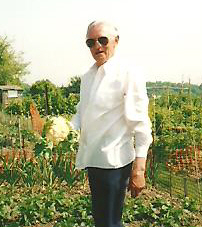 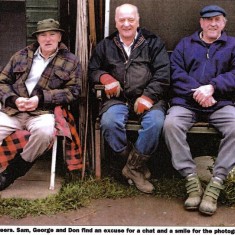 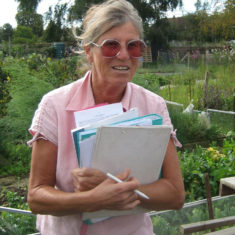 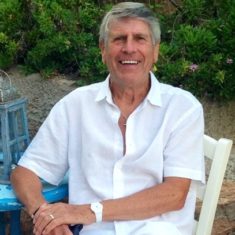