By Len Horner, Founding Chairman of the Wivenhoe WEA and for the next 21 years 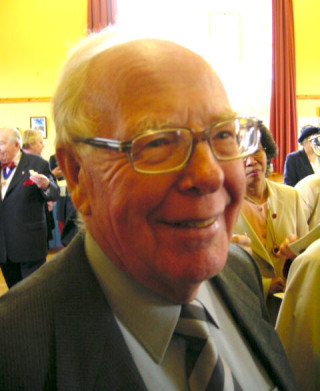 Len Horner – Founder of the Wivenhoe Branch WEA in 1984

In 1984, I was the then Chairman of the Wivenhoe Society and the Committee at that time decided that Wivenhoe really ought to put on something to celebrate the Centenary of the Great British Earthquake that had occurred at 9.18 am on the 22nd April 1884 and which, due to its lying on the major fault line, suffered greater damage than elsewhere in the country.  With this in mind, I approached Dr Arthur Brown, a noted local historian, whom both Nicholas Butler (then Wivenhoe Society Secretary) and I had met sometime previously and asked him if he would come and give the Society a lecture on the after effects of the quake.

This being something that had affected the whole of Wivenhoe, Nicholas and I thought that on this occasion we should not limit attendance solely to members of the Society but open the meeting to as wider an audience as possible and so on the evening of April 22nd 1984, with the Church Council’s approval, a meeting took place in St. Mary’s Church one hundred years after the original event.   Needless to say, the Church was absolutely packed, even to the extent that the choir pews had to be used as extra seating, and Arthur gave his lecture from the pulpit rather than from where he had originally intended. 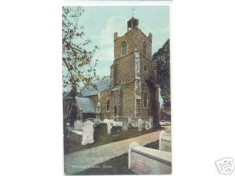 After the meeting Arthur drew me to one side and said ‘Len, I know that there isn’t currently a branch of the WEA in Wivenhoe.   There was, but it folded and has been defunct for many years now.   If you would care to act as convenor, I think that we might have the core of a new WEA branch here in Wivenhoe and I would be only too pleased to encourage you by offering you a first course for your syllabus.’

Thus in August 1984 the Wivenhoe WEA was reconstituted, meeting weekly at the Methodist Church, with a ten week course on ‘Local History’ with an initial attendance of some fifty-five people.   It is pleasing to note that the WEA is still going in Wivenhoe although attendances are somewhat down on that first course.

I remained as Chairman of the Wivenhoe WEA for the next twenty-one years, before passing the baton along to others.

Click here for more information about the WEA in Essex