You are here: Home>Topics>Arts>Music>50 Years of Playing the Organ at St Mary's

50 Years of Playing the Organ at St Mary's 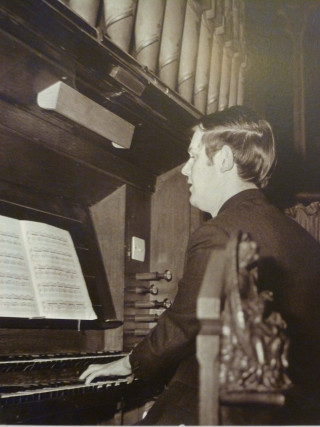 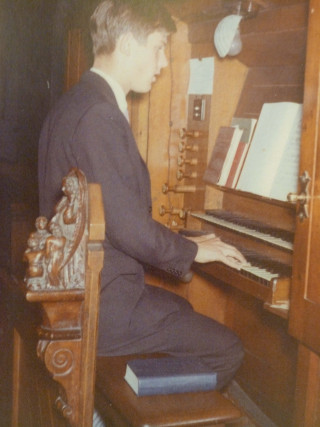 Graham Wadley as an even younger man playing the organ 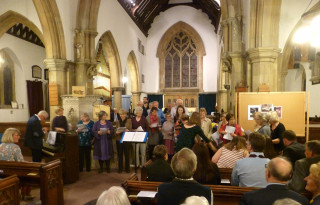 St Mary's Singers and Choir performing a tribute to Graham, their choirmaster
Photo by Peter Hill 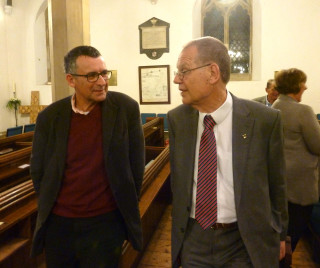 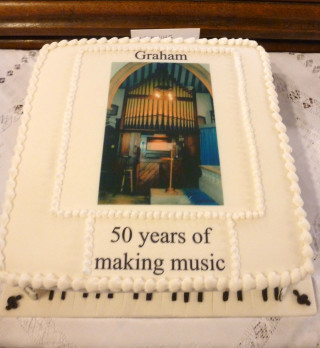 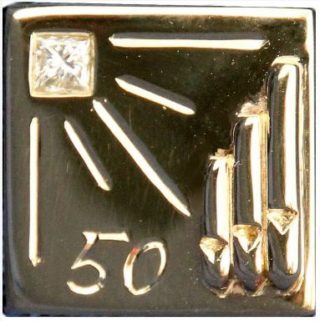 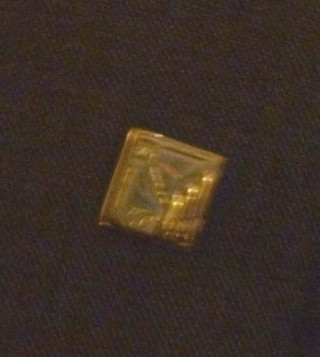 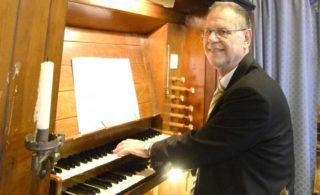 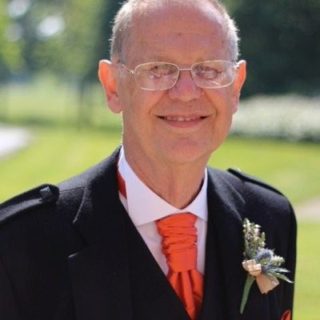 Graham Wadley in the picture of him released with the announcement that he had been awarded a BEM in the 2018 New Year's Honours List for Services to Church Music.
Picture owned by Lucy Wadley

On Saturday 25th April 2015 a celebration was held in St Mary’s Church Wivenhoe for Graham Wadley to mark his 50 years playing the Organ and conducting the choir at St Mary’s.

1964 to 2015 covers a period of immense change but Graham has given continuity throughout that 50 years by providing exceptional service to St Mary’s congregations with a high standard of organ and choral music for church services and for the wider community, through weddings, funerals and concerts involving supporting singers , soloists and musicians. Recent years have seen Graham leading the band supporting ‘Carols on the Quay’.

There were over 120 people attending Graham’s anniversary celebration including his wife Hilary, children Lucy, James, Emily plus partners, the Bishop of Colchester, the Town Mayor, local politicians and Bernard Jenkin MP.

The programme was put together to illustrate Graham’s wide association with church music over the years. The music and singing was interspersed with anecdotes telling Graham’s story. This began with Graham telling of his parents’ support and his first piano lessons at age 7. He was very generous in mentioning all the support he had had from his teenage years right through to more recent times but as the Bishop said Graham himself has given an exceptional contribution, not only to St Mary’s music but to a much wider community via his many years working with and for the Royal School of Church Music.

Lucy, who had helped put the event together, enlightened us to what it was like having Graham for a father. It was clear that while his children were growing up Graham wanted them to get as much out of church music as he had. And they all spent many years singing in St Mary’s choir. Lucy, who has sung in many top choirs sang two beautiful solos, one of which was sung with Hilary Cook, a long time leading soprano and regular in St Mary’s choir.

Several speakers mentioned the Harwich residential choir weekends, which Graham masterminded. These events gave the opportunity to many young choristers to learn and perform church music to a high standard, but also to make lasting friendships.

Formal proceedings were completed by a surprise rendition of ‘All Things Bright and Beautiful’ by St Mary’s Singers. This was followed by a delightful finger buffet provided by St Mary’s catering team. Graham’s cake was a splendid affair made by Joy Wilderspin and decorated with ‘organ and music’ by her husband, David.

The Rector Erwin Lammens had opened the evening by saying a lot about Graham Wadley but it was left to Tony Forsgate to make the final speech. Tony Forsgate said:

My first real contact with Graham was when he offered to act as scorer for the Cricket Club first eleven as a 14 (?) year old.   That score book was kept so meticulously – looking back it was an example of how his future organisation and planning would be.

Associating with cricketers of a slightly older generation was part of his growing-up process – enjoyed by himself but not appreciated always by his parents.   An example of this was the end of year match between the Captain’s eleven and a Club eleven.   At the time we did not have bar at the club so the Captain provided a small barrel of beer which was free for the members.   Graham enjoyed his first drink, and so was encouraged by the older members to have another .   The result was that he found it very difficult to maintain a straight course as he cycled home.   His parents did not appreciate the Captain’s generosity but Graham did.

I joined the choir as a seven year old treble under Mr. Jack Glozier. I rejoined as an adult around 1973/74 by which time Graham was organist/choirmaster.

Graham’s enthusiasm and commitment led to a gradual increase in the number of adult and child choristers and for many years there was a choir of some 30 plus.   I was recently informed by Hilary that when she married Graham in 1975 there were 41 in the choir, including 18 children – the majority of the choir that day were regular members.   Children were encouraged by Graham to work for the Bishop[ Choristers award, and the stages of their ability were marked by the award of coloured ribbons.   I feel sure that this early training gave them an appreciation of music and encouraged some to carry this through in to their adult lives.   Some joined the Southern Cathedral singers and of those, Lucy eventually became a member of the choir of St. Martins in the Field, and Katie Osborne is now pursuing a professional career which has led to her present appearance on the West End stage.

Children from this choir would attend the weekend Harwich choir courses which Graham organised during the year.   Such courses were residential and would end on the Sunday evening with a Choral Evensong.

He was also responsible for arranging Choral Evensongs for full choirs from local churches with an afternoon rehearsal and these took place in a range of churches. Typical; of Graham’s organisation, seldom did anything go wrong.   Sad to say such courses no longer take place due to the lack of children who now follow other interests on Sunday mornings.

Over the years Graham has been part of the lifeblood of the worship at St. Mary’s.   His knowledge of liturgy, organisational skill,s, commitment and enthusiasm have ensured the smooth running of the services in this church.

One final recall, a number of past choir members here tonight will remember learning one of our first big anthems – “O Thou the Central Orb”.   We learnt it note by note, phrase by phrase, week by week.   Even after this long passage of time, it could be 30 plus years ago, I am sure that we could sing it to-day without any reference to words or music so thoroughly were we coached.

Thank you Graham for what you have accomplished over the years.

Awarded a BEM in 2018 for services to Church Music

In the 2018 New Year’s Honours List, Graham’s long and outstanding services to Church music was recognised by being awarded a British Empire Medal (BEM). He has played the organ at St Mary’s for over 50 years, has been Director of Music at St Mary’s for over 40 years, has led the St Mary’s Singers as its Director of Music since its beginning and at such events as Carols on the Quay. Graham has worked as an Area volunteer for the Royal School of Church Music within Essex and beyond for over 40 years.  He has organised many supportive training and singing events for church musicians throughout the county.  This has also involved running the Harwich residential choir weekends, giving the opportunity to many young choristers to learn and perform church music to a high standard.