A Roman Tile preserved in the Church Roof

A tile made in Roman times discovered in 2016 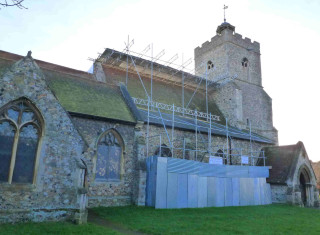 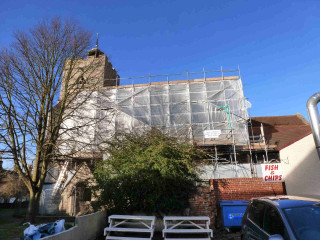 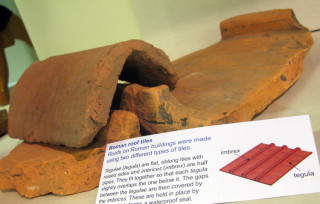 Work has been going on at St Mary’s Church for several months starting in October 2015 to carry out some repairs to the roof over the South aisle of the Church, the timber work in that area and also some of the stonework too.

In the course of this work, a roof tile made in Roman times was discovered high up in the roof void, not forming any part of the fabric of the building, but placed in such a position where it could found, although not easily. There is no way of knowing who might have done this but we should be grateful to this person, presumably a builder or craftsman of some sort who took care of something which is quite scarce.

We are familiar with the Roman terracotta tiles which have been incorporated into the walls of the Church during its construction. But roofs in Roman times had a fairly delicate kind of tile called a tegula which did not really stand up to our English frosts, that are not as harsh in warmer Italian climes. In consequence, there are not so many to be found in England today.

Here is an illustration of a very similar tile, from the Craven Museum, Skipton. The St Mary’s one is a tegula, well, half of one…

Marika Footring recorded an interview with the Church’s Inspecting Architect, Simon Marks, who describes the signifcance of the find.  Click here to find the recording on the St Mary’s Church web site.